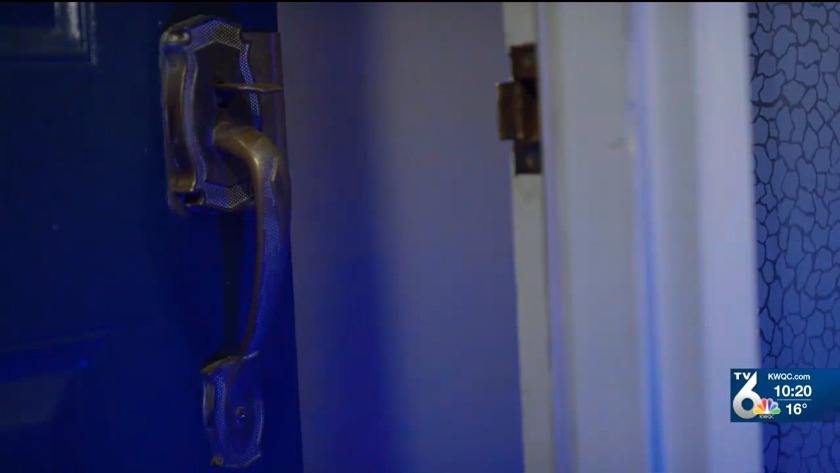 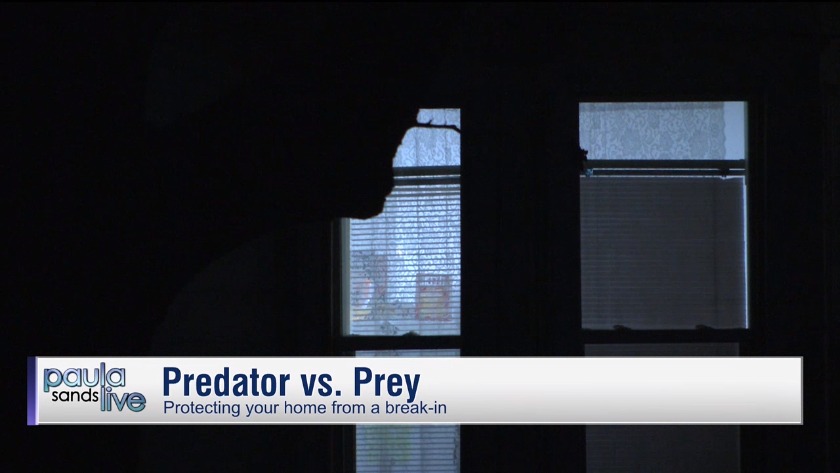 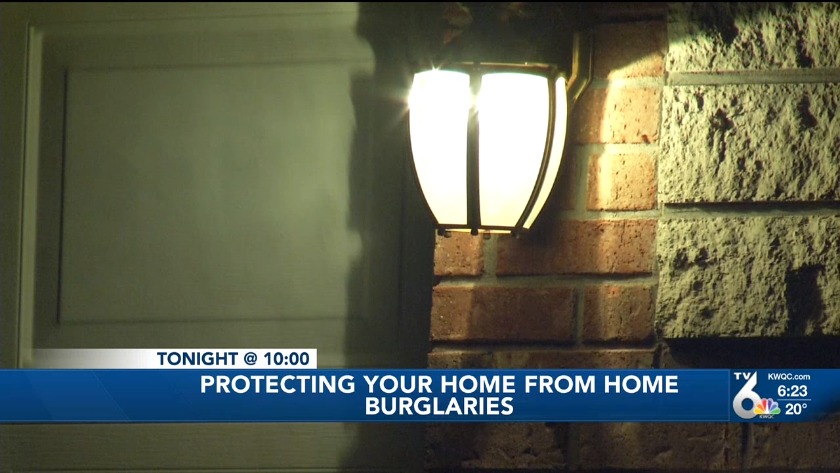 DAVENPORT, Iowa (KWQC) - Thousands of people will travel for the Christmas holiday. It is the perfect time for potential burglars to keep an eye on your house, and they could be preparing to burglarize it while you are gone.

On average, a home burglary occurs every 23 seconds in the United States.

Prowlers, who usually strike during the day, will sometimes use the cover of night to strike.

“That one’s dark, my goodness,” a former home burglary convict, Rusty Boruff said on a Thursday night in late November.

Boruff, who now runs OneEight, a non-profit focused on helping those dealing with addiction and crisis, rode along with TV6 investigative reporter Chris Carter to show us what burglars are targeting. Boruff was convicted 12 years ago and told TV6 protecting your home starts with prevention, and good lightning is key. Boruff said lights were a big factor for him when he was breaking into homes.

"I'm looking for what cars are home, what lights are on inside,” Boruff said. “If all your lights are off at 6:30, or a lot of people will think if I leave one light on, that is going to scare a burglar, but that tells me that no one is home."

Multiple lights in a home would keep Boruff away, and so would a TV that is turned off.

"I get it, it is your electricity bill, but it is a lot cheaper than getting your home burglarized,” he said.

It isn’t just nightfall homeowners should be worried about. Most would-be burglars strike during the day. SafeWise found most burglaries occur between noon and 4:00 p.m., and Boruff said he would usually target homes with bushes and big fences.

"I can get in, and no one can see me,” he said. “Privacy fences work both ways."

The type of neighborhood usually doesn't matter to a would-be burglar. Boruff said he's going after a middle class area. He said those areas tend to have a lot of nice things in the homes and less security, and he doesn't care if the neighborhood is dark. Boruff said he is more concerned about noises like a barking dog or an alarm going off when he enters the home.

"When you want to rob someone's house, you go into someone's house, and there is a dog barking, any type of sound, you can't concentrate, you lose focus, and you just want to get out of there,” he said. “It puts you in a rush. You do not know if alarms are notifying police or not.”

Many times before he would strike, Boruff would knock on the door of his targeted home. He was doing it just to be safe.

"If they answered, I'd say something like, 'I was looking for a friend,' or 'I'm at the wrong street.' It is an easy get away."
Security systems are a deterrent for Boruff, as well. A study from Alarms.org found homes with a security system are 300 percent less likely to be burglarized. Only 17 percent of homes displaying security system signs are burglarized. Cameras don’t keep every thief away, according to Boruff.

"Cameras never scare me, because that is easy, and you just put on a mask,” he said.

Boruff said the economic status of a neighborhood doesn’t matter, but the type of neighborhood does. He told TV6 he is not going to pick an area where homes are close together, and those with neighborhood watch programs are definitely off the table.

"Those neighbors are looking out for each other, so I would stay away from a neighborhood like that."

Back in his criminal days, Boruff said when seeking out a home to burglarize, he would look for areas that are highly traveled. He said he would want an easy getaway if something were to go wrong, and he would not want to look suspicious.

"There is a lot of traffic, so it is not going to be weird if someone is walking down the sidewalk,” he said.

The key for Boruff when looking for loot was to not appear suspicious and find the perfect home: one that is empty, which is why he says to do everything you can to make sure your home looks like it is occupied.

According to national FBI data, both Iowa and Illinois rank below the national average for home burglaries, but they do happen. Bettendorf Police told TV6 they had 64 home burglary calls in 2018 and 62 in 2017. Rock Island reported 104 calls in 2018 and 114 in 2017. TV6 did not hear back from Davenport or Moline police about the number of calls they have had.

Most burglaries occurring the summer months. Boruff told TV6 criminals do not like the cold and snow. However, he did point out that after Christmas is a good time for criminals to strike because of the new valuables likely in the home. He also suggests not leaving boxes on the curb.

The majority of burglars head straight for the bedroom. Rather than carting off TVs and other bulky electronics, criminals will grab anything of value that can fit into a pocket. 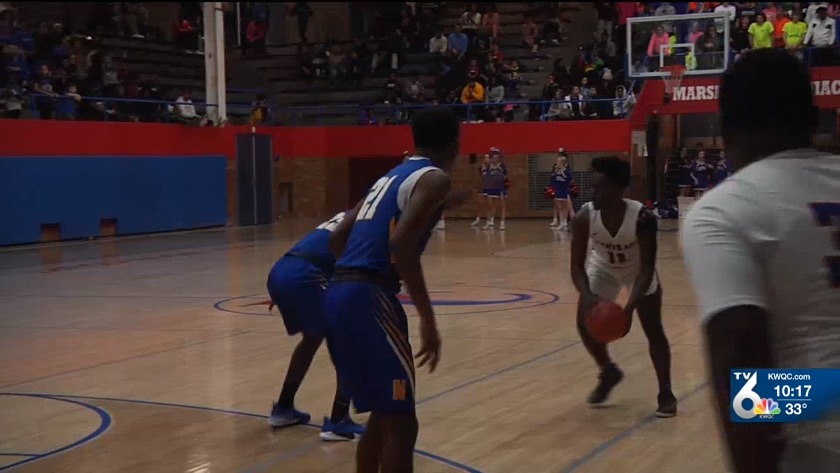 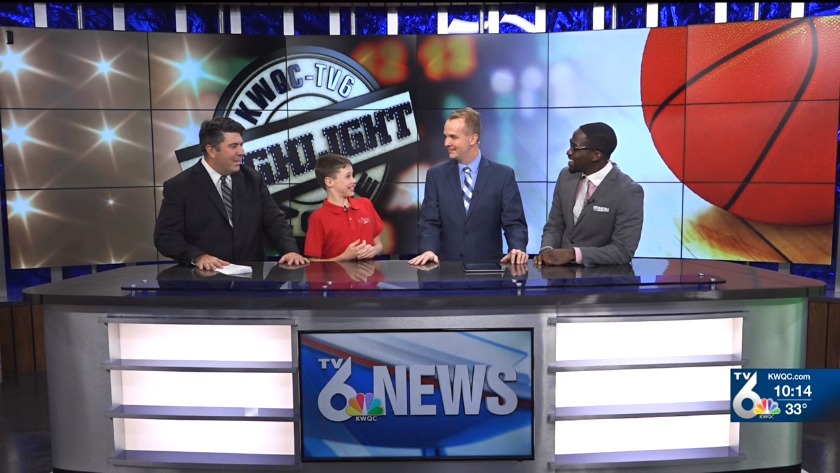