KANSAS CITY, Mo. (KWQC) - Law enforcement across the Quad Cities are looking for ways to cut down on the number of shooting calls.

Davenport is not the only community battling gun violence. Nearly 100 cities across the United States have invested in technology called Shot Spotterto help in the fight against gun violence. TV6 Investigates Chris Carter traveled to Kansas City, MO. to look into the program and if it could work in the Quad Cities as part of TV6’s commitment to helping make the Quad Cities a better place to live. The Kansas City Police Department has used the program since 2012.

"It can send an officer to a direct location rather than an intersection of a general area,” Sgt. Jake Becchina with KCPD said.

Becchina is now the department’s Public Information Officer and used to oversee the program.

"It has allowed us to get more directed information for our patrol officers, the number of shots and exactly where they are,” Becchina said.

The program works by using sensors placed throughout a coverage area. They can detect the acoustic sound of gunfire and triangulate where the shots occurred. The sensors are so accurate that Shot Spotter guarantees it can pinpoint the exact location within 85 feet 90% of the time, but KCPD says the accuracy is more like 16 feet.

"They can direct their response in a way that they can more safely and effectively approach that area and bring the situation to an end for their sake and the sake of the residents or the community members that are around the gun fire,” Becchina said. “It can save their lives even.”

Using Shot Spotter, when a gunshot is detected, it is reviewed and immediately sent to officers in a coverage area. Officers can begin responding immediately.

"They get the number of gun shots. They get an audio recording of the gun shots so they can hear if it a big gun or a small gun,” Becchina said. “If it is multiple different guns, now we know we have two people."

"That shows that community that we care, that we are invested in them and behind them in crime solving efforts and we are doing everything that we can,” Becchina said. "If someone has been shot they get medical attention faster. If there has been crime, we begin the investigation faster. If there is a criminal still in the area, we have a better chance of apprehending them."

Since Shot Spotter started in Kansas City, the department has seen a large increase in the number of shell casings it has collected.

"They are now getting into the national database. That is additional evidence that is equal to fingerprints or DNA with respect to a gun that helps us tie crimes to guns and then criminals."

That national database Becchina talked about is the National Integrated Ballistic Information Network or NIBIN. Davenport Police purchased it as a way to test the “fingerprints” of bullets and connect them to crimes. According to data provided by Davenport Police, the number of shell cases that investigators have recovered has decreased over the last five years while the number of shooting and shots fired calls has stayed relatively the same. In 2015, officers found 420 casings and responded to 168 calls. In 2016, 252 casings were recovered from 143 calls. The decrease in shell cases continued into 2017 with 221 cases recovered from 165 different calls. Investigators collected more shell casings in 2018, finding 292 from 197 calls and to date in 2019, officers have collected 210 shell casings from 140 shots fired and shooting calls.

"It doesn't tell us who the shooter is, what they were wearing or which direction they went so we need the communities help but that the added information is invaluable to us. It makes us safer and more effective out patrolling our neighborhoods."

The Kansas City Police Department said the initial five year term for the program cost about $1 million. That included the company bringing in technicians to setup the sensors. Since then, it has cost about $150,000 to $200,000 a year to renew.

Neither the Davenport Police Department or the City Council has expressed interest in the program. TV6 began looking into it after mayor-elect Mike Matson said in an interview the community needs to look at new technology to combat crime. 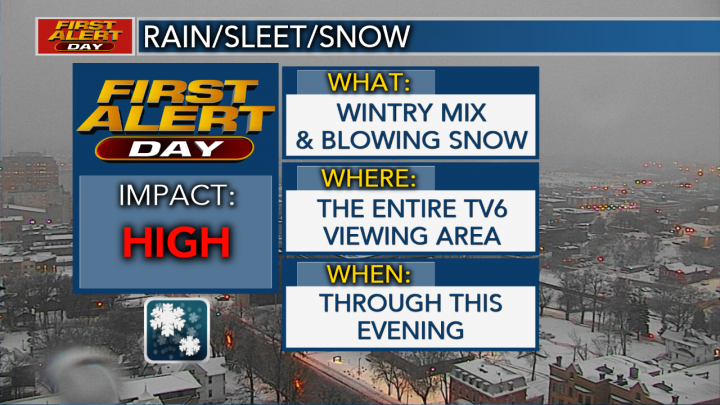