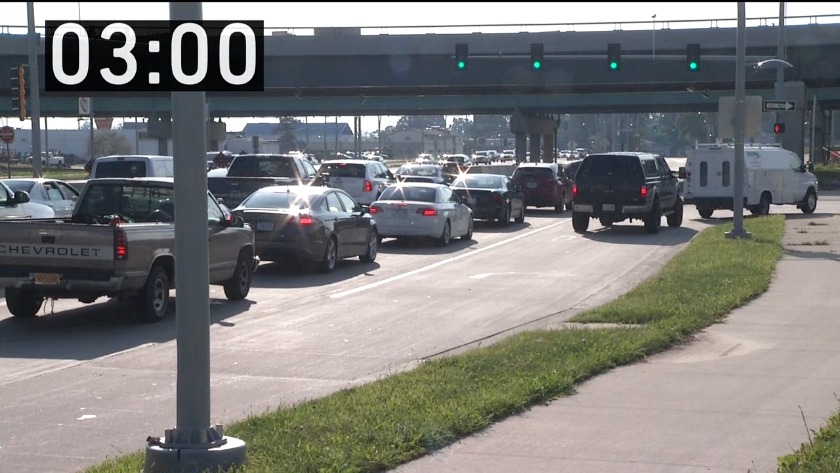 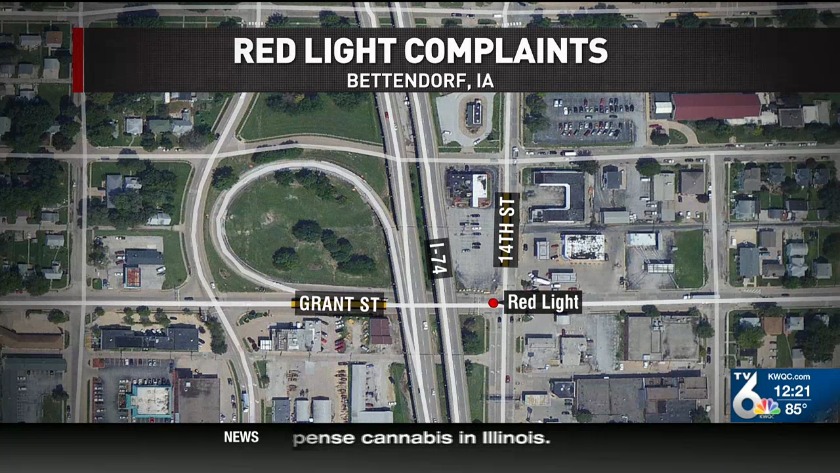 BETTENDORF, Iowa (KWQC) – The building of the new I-74 Bridge has forced a change to driving patterns, including a traffic light that can stay red nearly 3 and a half minutes.

That is enough time to listen to AC/DC’s “Highway to Hell” in its entirety or The Beatles’ “Drive My Car” almost one-and-a-half times.

Those at risk of the extended delay are eastbound motorists on Grant Street who are turning left onto 14th Street in Bettendorf, a turn commonly made to access I-74 west.

As of Monday afternoon, the two left arrows at the intersection stayed red a total of three minutes and 20 seconds - a length of time that can be shorter given periodic adjustments by the City of Bettendorf.

Drivers have complained to KWQC and the City of Bettendorf.

“I have received several calls and emails regarding this intersection over the past few months,” said City of Bettendorf Engineer Brent Morlok, who said an Iowa Dept. of Transportation consultant came up with the light timing.

“Priority was given to traffic coming off the bridge, with the intent to reduce backups on the bridge itself and initially all the way back to River Drive in Moline,” Morlok said.

“Now that the merge has been eliminated on the bridge, we’ve tweaked it slightly to reduce the [Grant Street] delay, but the volumes are still much heavier coming off the bridge when compared to Grant Street.”

Some motorists say they have experienced far longer waits at the intersection by having to wait for more than one light cycle in order to make the turn.

“I've gotten stuck there for over 12 minutes because when the light does turn green only a couple cars get thru before it turns red and you sit again and again,” Kathy Jahn commented on KWQC’s Facebook page.

Morlok said the City is aware during rush hour in particular that backups “can be significant” on Grant Street, but the length of time the turn arrows stay green should be sufficient to keep balance.

“I just watched several cycles and the entire queue was able to get through, so the delay is significant but you shouldn’t have to wait through more than one cycle,” Morlok told KWQC Monday afternoon.

Morlok said the longer wait time is only temporary until the new I-74 Bridge is finished, which officials have previously said will be in 2021.