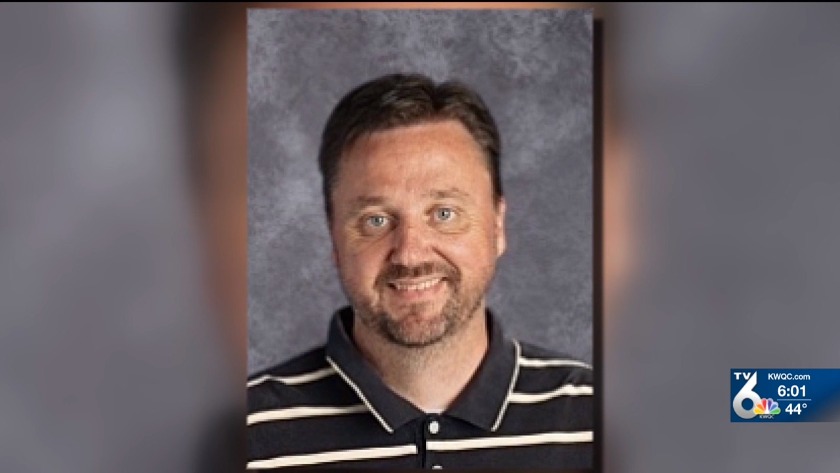 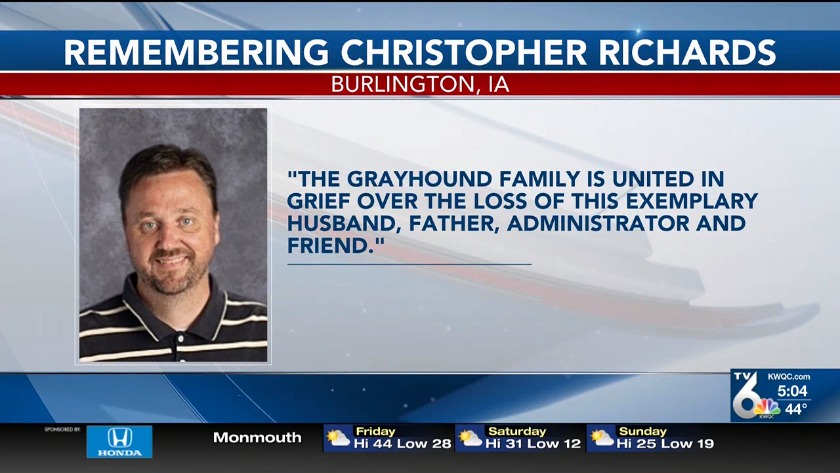 According to a post by the school district, Richards was killed in a car accident Thursday morning.

Richards worked with the school district for eight years. His wife is also a teacher with Burlington schools.

Superintendent Patrick Coen says, "We were so blessed to have him here working with our children, and the loss is overwhelming."

A somber feeling shocks the community as it works to process what happened.

Coen says grief counselors and assistance from multiple agencies were present at schools throughout the day.

The impact Richards had on Burlington schools, Coens says, "Spread throughout and that speaks to a difference that he's made and the love he's fostered through our children for being a true beacon for education."

Coen tells TV6 Richards was an incredible leader with a heart of gold.

He says, "He would go out of his way. He knew every kid's name. He would drive to their house and pick them up. He would take them home after school. He went out of his way to make sure nobody was hungry."

Andrea Lane, who has four children in Burlington schools, says "Every morning when my husband brings my kids to school he's there opening the door. Greeting each child. He knows each child's name."

She says, "If everyone was like that we'd have a better world and a better place to live."

"It's a good reminder to be like Chris. Be positive. Do what you can to lift people up and help others. Don't look at what you don't have. Look at what you do have and how you can make it better. Just be a positive impact on your community."

A statement issued by the Burlington Community School District reads, “Our thoughts are with his family, friends, and colleagues at this time along with the many children whose lives he has touched,” the district said in a post. “The Grayhound Family is united in grief over the loss of this exemplary husband, father, administrator and friend.”

Funeral services for Richards have not been released.