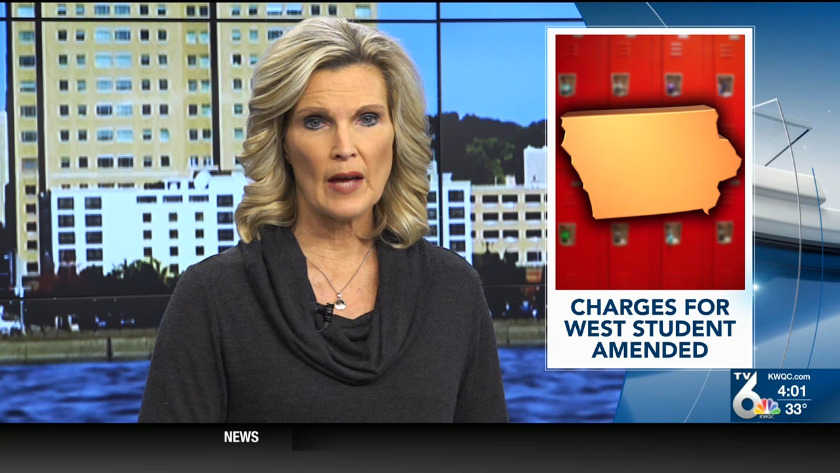 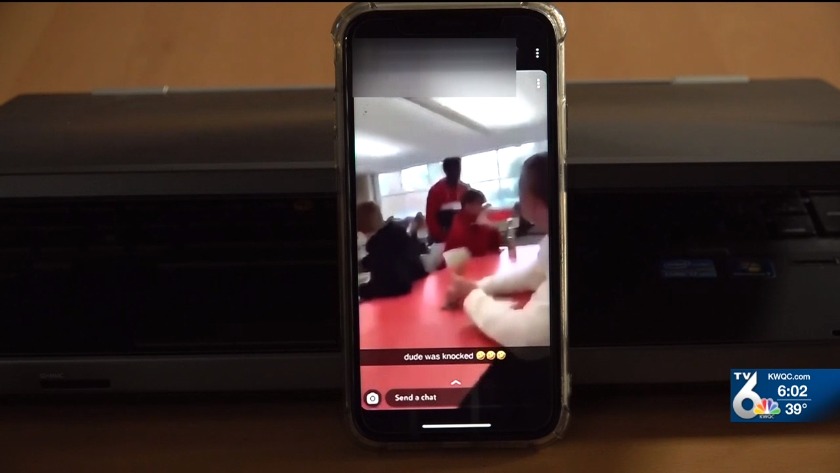 DAVENPORT, Iowa (KWQC) - Police say on Friday, Nov. 8 charges against a 15-year-old were amended. Police say this was after the 15-year-old suspect assaulted another student at West High School.

Officers were called to West High School at 10:59 a.m. on Monday for a fight between two students.

The student who was assaulted, Charlie, was taken to Iowa City for treatment after local hospital staff found a brain bleed following the assault.

On Tuesday police announced that the 15-year-old suspect was arrested and was being charged with assault causing serious injury, a felony. He was cited and then turned over to a parent.

On Friday, Nov. 8, police announced the amended charges and he's now charged with willful injury, a felony, and assault with a weapon, an aggravated misdemeanor.

"I don't call it a fight because Charlie was not able to defend himself,” Charlie's mother, Theresa Wallenhorst told TV6. “The videos that I saw clearly showed Charlie being attacked."

According to Wallenhorst, and Davenport School District Superintendent Dr. Robert Kobylski, an ambulance was not called to the school for Charlie. During a news conference to discuss the incident, Kobylski addressed that saying every school has medical staff in the building and protocol was followed.

Police are not releasing any more information at this time.

TV6 has made attempts to talk with the parents of the student who has been charged in this case and are waiting to hear back.