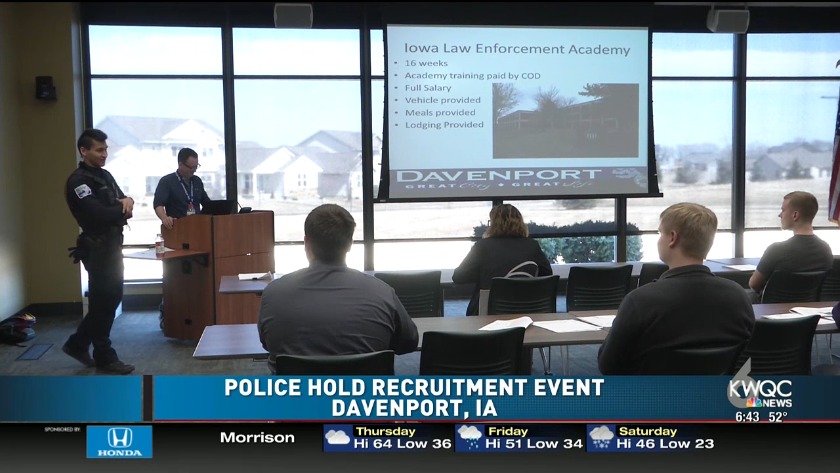 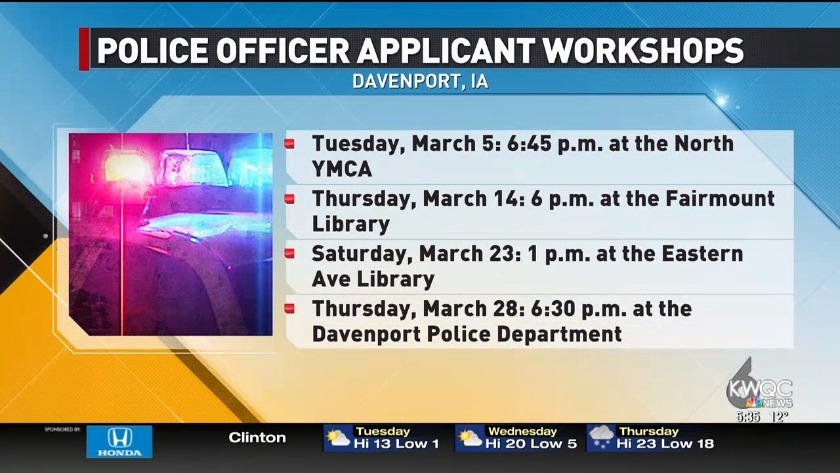 The Davenport Police Department is looking to expand their team and they've been hosting hiring workshops throughout March. They've had 3 so far and their 4th, and final, workshop is Thursday evening.

You can find more details on the eligibility requirements, along with workshop time and location, below.

Four workshops are scheduled for anyone interested in learning more about being an officer with the Davenport Police Department.

The workshops, scheduled throughout the month of March, will provide detailed information about the testing and application process. Applicants will go through physical and written exams along with background and polygraph tests.

Four employees at ADM in Clinton test positive for coronavirus

Four employees at ADM in Clinton test positive for coronavirus