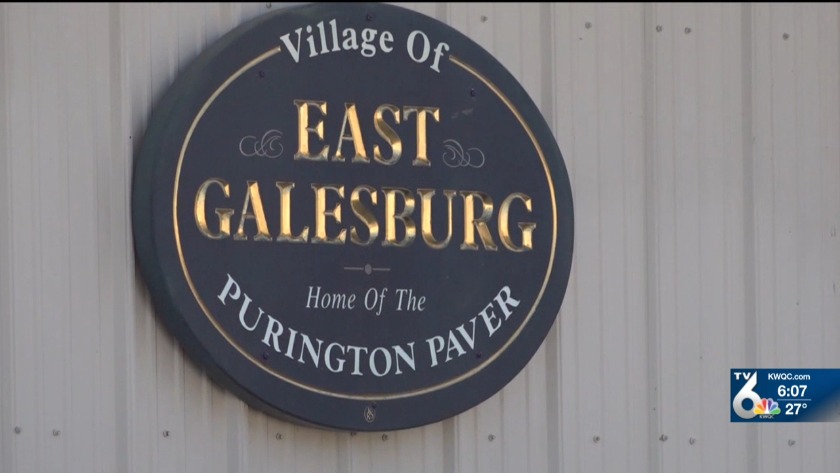 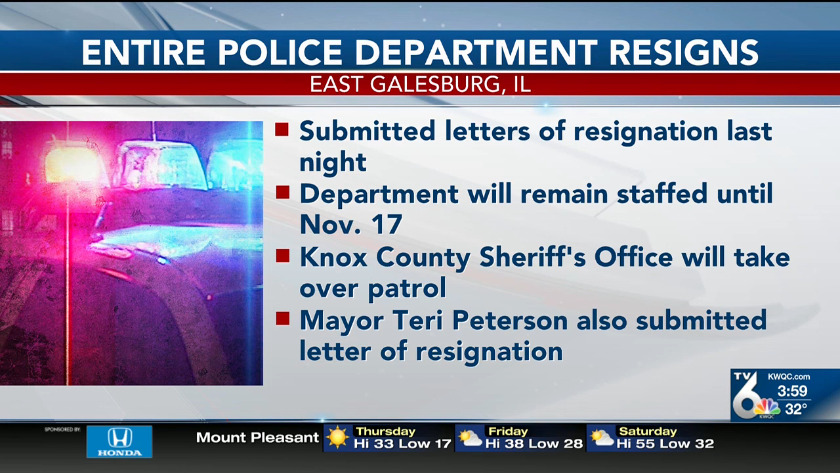 EAST GALESBURG, Ill. (KWQC) - UPDATE: The soon-to-be former Police Chief, Jack Harlan, shared his resignation letter with TV6 this afternoon. In the letter, he writes, "While it was a very difficult decision to leave this outstanding team, it has always been one of my goals to provide the best leadership and dedication to all that I do. After extensive consideration, I've decided that with current direction of the leadership of current Village Trustees, it is making it very difficult."

Police Chief, officers, and Mayor of the Village of East Galesburg resign citing leadership issues from the Board of Trustees.

Harlan also wrote to TV6, "I have no ill feelings towards anyone. I know many will make their own speculation as to why, but the truth only matters to my family and I. With me being a full time deputy and a busy life, my family and I decided it was best to resign."

ORIGINAL: Law enforcement services in East Galesburg, Illinois are in question after the entire police department, including the Police Chief, submitted letters of resignations.

According to the City Secretary, who answered the phone, the letters were submitted on Wednesday evening and a plan for police coverage has not been decided. The secretary said the department will remain staffed until November 17. The Knox County Sheriff’s Office said Thursday morning it has not been asked to provide any services.

The East Galesburg Police Department was made up of the chief and two officers.

TV6 has also confirmed the mayor, Teri Peterson, submitted her letter of resignation during Wednesday’s meeting as well.

In her resignation letter, Peterson said it was her hope as mayor to "build a team that could work together regardless of opinions and beliefs and focus on the future and not the past." She goes on to say after receiving the resignations of the police department she felt it was time to go.

"It is evident that there are members [of the Village Board] that have an agenda that focuses on the past board and undoing everything that had been put in place by the past board."

Calls to the former police chief have not been returned yet. Peterson said the former chief is working with Galesburg Public safety to handle any open cases and evidence as well as requests for public information.

Peterson claimed the city's only maintenance employee resigned following her resignation as well.

It is unclear why members of the police department resigned.

TV6’s Jenna Jackson is in East Galesburg working to gather more information and will have more details coming up on the news at 5:00 and 6:00.