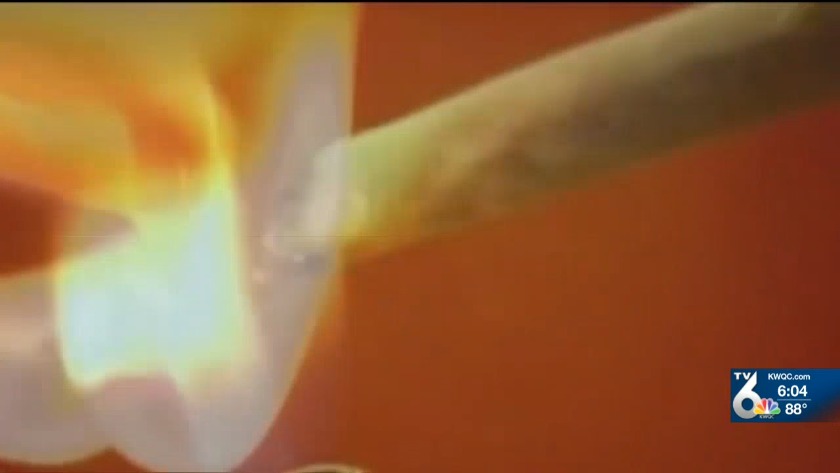 6 p.m. Group pushes for decriminalization of marijuana in Davenport 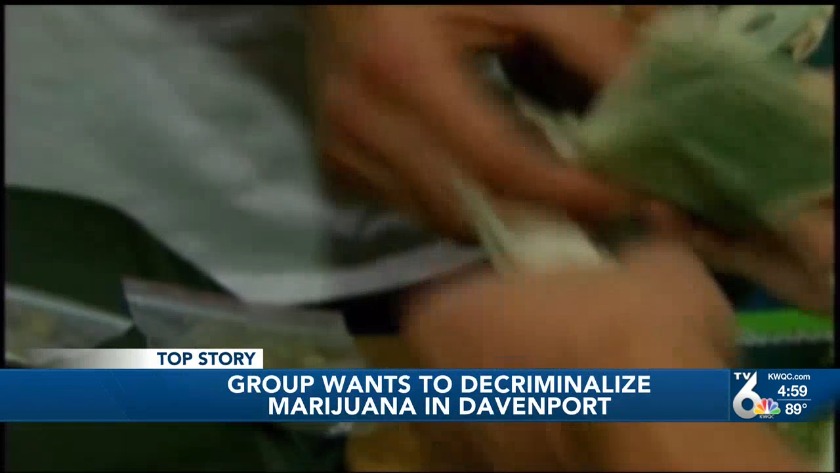 5 p.m.: Group pushes for decriminalization of marijuana in Davenport

DAVENPORT, Iowa (KWQC) - A new push to decriminalize marijuana in the city of Davenport is popping up on Facebook.

The group Decriminalize Davenport started after the state of Illinois passed a law legalizing recreational marijuana on January 1, 2020. The group wants Davenport city leaders to make enforcement a low priority when the Illinois change begins.

"It has always been about civil rights for me," Chris Rice, one of the group's founders said. "If you're in a free country, you should be able to experience freedom."

Rice said Monday afternoon that he wants to take his message to city leaders, especially as Davenport citizens prepare to elect a new mayor and some aldermen. Those running for mayor discussed decriminalization during a Mayoral forum hosted by TV6 last Thursday. Rice hopes with Illinois legalizing recreational pot, the movement will cross the river.

"It is here" Rice said. "It has been here a long time, and it will continue to be here, and there is no point in setting young people with a criminal record that will be used as the basis of discrimination in housing, education and employment."

Rice hopes to use the Facebook page and the movement he is starting to convince city leaders to make a change locally and then take it to the state level.

"We're not saying you should drive under the influence of cannabis or walk down the street smoking it, but we're just saying if you have it on your person, that it should be the lowest law enforcement priority," he said.

During the mayoral forum, four of the six candidates said they support decriminalization. The two who said they do not support it have the backing of Scott County Sheriff Tim Lane. The support is not an endorsement for a candidate. Lane says he does not believe in marijuana legalization and said come January 1, enforcement of marijuana laws will still happen.

"We will continue to act the same way as we do now when Illinois makes marijuana legal come January 1st," Lane said.

Lane said the Sheriff's Office's enforcement won't change, and he does not plan to make any extra efforts to seek those crossing the river with weed.

"I will not do checkpoints," the sheriff said. "There is no point in stopping legit people who are doing legit business who are not breaking any laws."

Rice lives in Rock Island and said he used marijuana occasionally. He plans to buy the drug when it becomes legal and said he will continue to push for a change in Davenport ordinances.

Decriminalize Davenport does have one other person running it. That person declined a request from TV6 for an interview because they worried showing their face would result in "unwanted attention from police." However, they said they do plan to speak about decriminalization at the Davenport city council meeting on Wednesday.

Recreational marijuana becomes legal in Illinois on January 1. Residents may purchase and possess up to one (1) ounce of marijuana at a time. Non-residents may have to 15 grams. You must be 21 to purchase the drug.

Chili cook-off to benefit Hand-In-Hand brings in over 1,000 people Saturday