Seasonal hiring ahead of the holidays 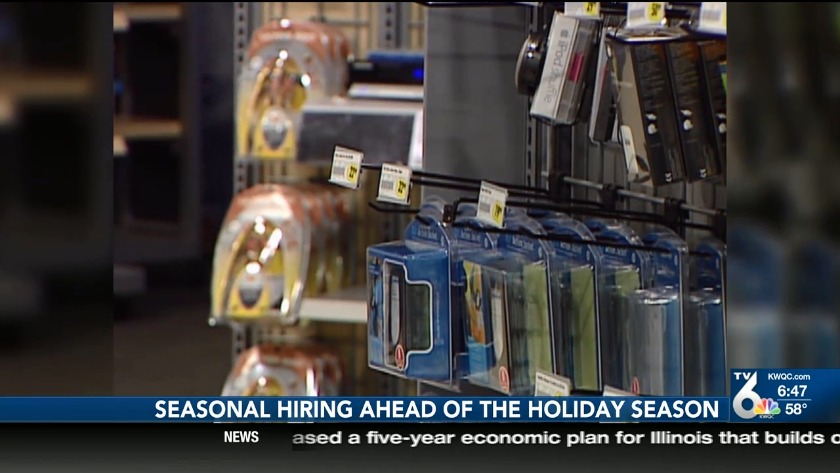 Retailers are getting ready for the holiday rush 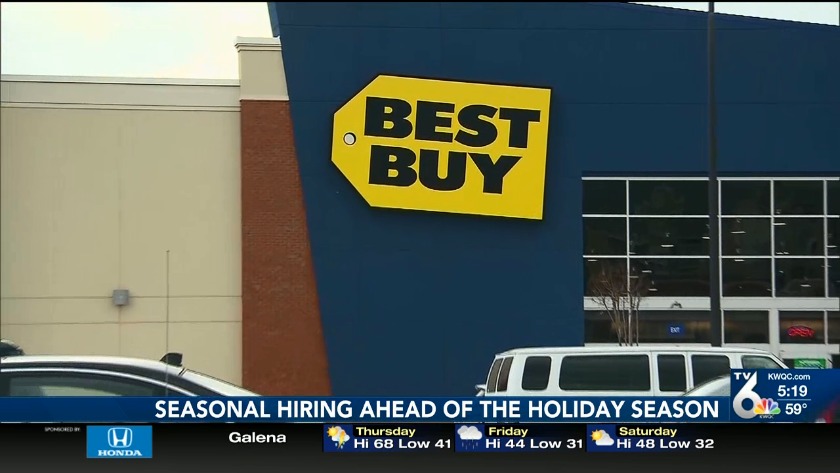 Hiring for the holiday season

DAVENPORT, Iowa You may not be holiday shopping just yet, but retailers are getting ready. Stores across the nation, and right here in the Quad Cities, are looking for extra hands for the holiday season. While Best Buy and Target are two of the big merchants looking to hire, there is a lengthy list of stores here in Davenport who is also recruiting.

Electronic retail giant Best Buy says it’s planning to hire thousands of people for the season- that’s according to a recent post on the company’s blog. They are even hosting a nationwide job fair Thursday, October 10th and Friday, October 11th from 12:00 p.m. to 7:00 p.m. You can either reserve an interview spot or walk in and you can apply online or in-store. They say you could even get hired on the spot.

The big red bullseye, Target, is also looking to hire over 130,000 positions nationwide, and those positions start at $13 per hour. Target posted on their hiring website that Melissa Kremer, chief human resources officer, says, “Getting an early start with those preparations made a big difference for us last year, and it’s a great way to get the entire Target team pumped up for the most fun and exciting time of the year.”

Kohls and Gordmans also held hiring events at their Davenport location over the weekend- but that doesn’t mean it’s too late to apply.
More retailers looking to hire seasonally include…

… and the list goes on! One this is for certain: there is not a shortage of available jobs for this holiday season. If you’re looking for something more permanent, remember that a lot of these seasonal jobs can become full-time positions once you make it through the first of the year.