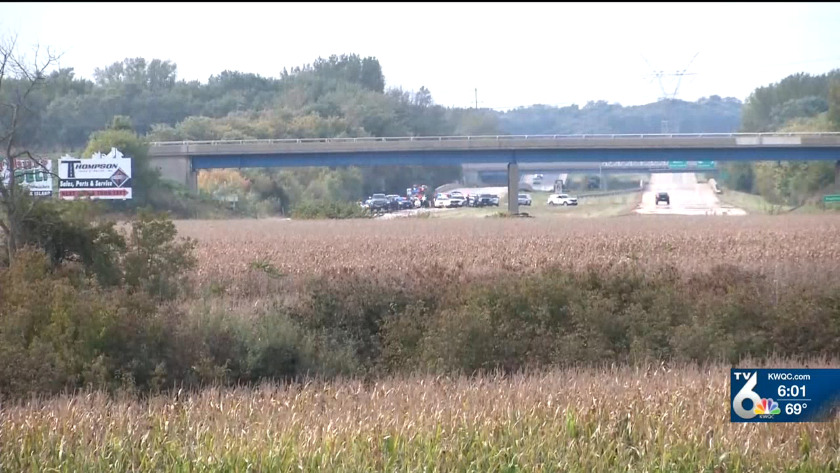 I-88 back open after police chase; suspect in custody 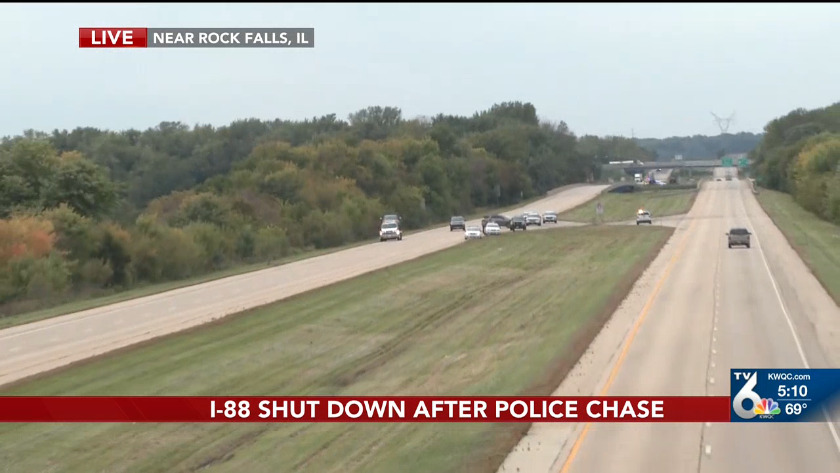 I-88 is shut down after police chase; suspect in custody 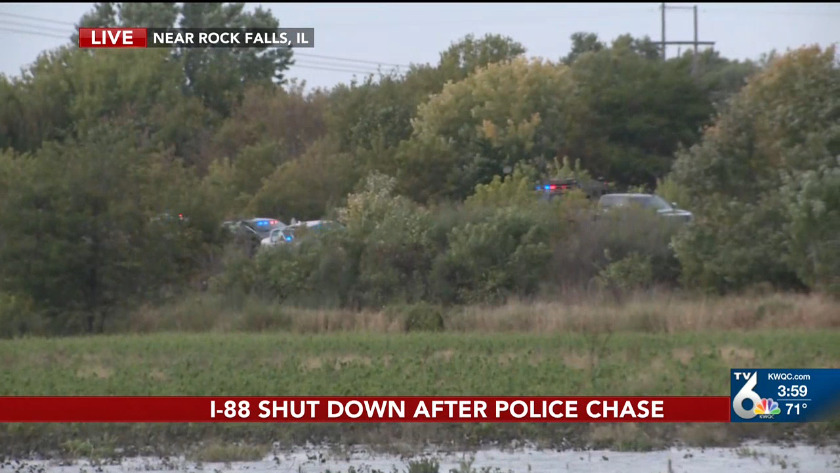 I-88 shut down after police chase

WHITESIDE Co., Ill. (KWQC) - UPDATE 10/9 6:48 p.m. Officials are releasing more details about a police chase that led to I-88 being shut down for about for hours.

I-88 is shut down from 36 to 41 eastbound and 41 to 36 westbound for a heavy police presence. TV6's Jenna Jackson and Chris Carter are both at the scene in Rock Falls and tell us that traffic is being rerouted down Highway 30 into Como and then back onto the interstate. This is in both directions. (KWQC)

LeClaire police say at approximately 12:25 p.m. on Wednesday, officers responded to a domestic disturbance in the Pebble Creek area. The victim told police she had a protective order against the suspect, who police have identified as 51-year-old Paul Brian Smith, and that she had just seen him on her property.

Dispatch then told the officers Smith had an active felony warrant for Stalking an an active warrant for Violation of a Protection Order, both out of Scott County.

Police say as one of the officers was responding to the call, he saw Smith's vehicle near the 1500 block of South Cody Road and initiated a traffic stop with lights and sirens. Smith did not pull over, instead continuing on to the I-80 Bridge towards Illinois.

Police say because of the serious nature of the felony warrant, LeClaire officers continued to try to stop the vehicle as it exited on to I-88 from I-80. A Rock Falls police officer was finally able to set up and successfully stop Smith's vehicle using stop sticks near mile marker 37 on I-88, about four miles outside of Rock Falls.

Police say Smith ignored their commands to exit his vehicle. At that point, officials decided the safest decision would be to close down part of I-88 and call for a SWAT team and negotiators from Illinois State Police to respond.

The SWAT team responded to the scene and was able to remove Smith from his vehicle. At approximately 4:35 p.m., officers took Smith into custody.

He's being held in the Whiteside County Jail on the warrants out of Scott County with no bond.

ORIGINAL: A suspect is in custody after I-88 was shut down near Rock Falls due to a heavy police presence. Officials with the Illinois State Police told TV6 around 4:30 p.m., that the man is now in custody.

The Whiteside County sheriff tells TV6 this started with a chase in LeClaire. The suspect, who is not being named at this time, has known charges for stalking in Iowa. The suspect then barricaded himself in a car according to the sheriff.

Both lanes are shutdown from 35 to 41 as well as Prophetstown Road.

A negotiator with the Illinois State Police was on the scene while the suspect was barricaded in his vehicle.