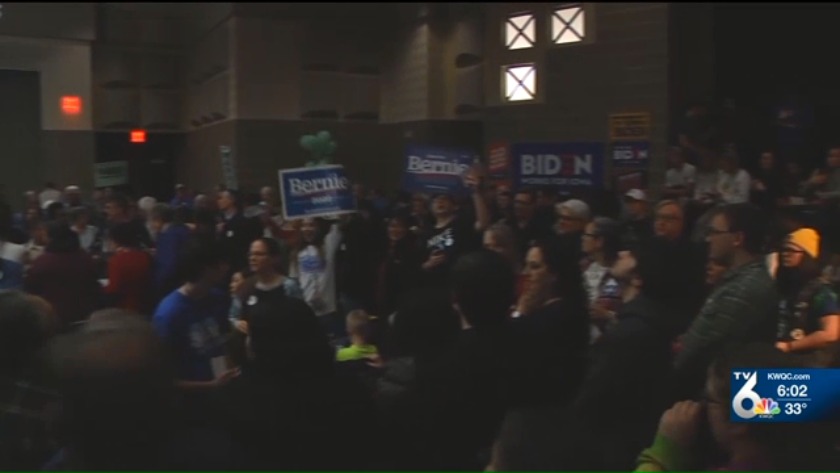 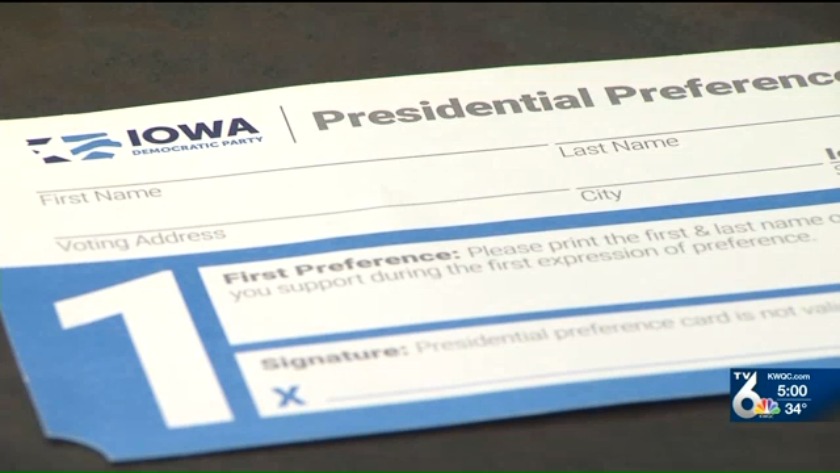 DAVENPORT, Iowa. (KWQC) - The Iowa Democratic Caucus wrapped up on Monday night, 62% of the total results released Monday afternoon.
The results show Pete Buttigieg is leading with 27%, followed by Bernie Sanders at 25%, Elizabeth Warren at 18%, and Joe Biden at 16% as of 7 P.M.

"I hold the Iowa Democratic Party, which I'm loyal to, responsible. What did they do to help me, to support me? People were yelling and screaming and upset, I had to blow the whistle. I couldn't get anyone on the phone to support me," said Caucus leader Barbara Kelley.

Most people we heard from said the Iowa caucus was disordered, even from those in charge of the event. Barbara Kelley was a precinct caucus chair for Davenport and says the night was "chaotic." She says the app used to report back from about 1,700 caucus sites was not the problem; it was actually the preference cards that were implemented this year. They were put in place by the Iowa Democrats to be more "transparent" in the process, releasing the numbers from the first and second alignment.

There was some confusion between caucus-goers, and when Kelley tried to get help from the Iowa Democratic Party, she said didn't get any. "I hold the Iowa Democratic Party, which I'm loyal to, responsible. What did they do to help me, to support me? People were yelling and screaming and upset, I had to blow the whistle. I couldn't get anyone on the phone to support me." Kelley said she was on hold for about an hour at a time and didn't feel there were enough directions from the Democratic Party. She said she had been having issues since she tried downloading the app on the first day, and decided not to use it at all on caucus night.

The election process that should have been a discussion was chaos for Kelley. "I had been so degraded, humiliated, scared, disappointed and heartbroken." Kelley led a caucus with about 260 people in Davenport, "in my opinion, the caucus system is horrible. The caucuses seem to work really well with 50-60 people. But when you have 200, 300, 400 people, it's a nightmare! And when you have one or two that are screaming and upset, then it's a problem."

When Kelley was trying to figure out what the procedure was with the new rules, she said she couldn't get any guidance and things only got more out of hand from there.

Now, it has some wondering if candidates will still consider Iowa a #1 state. "For many of them, Iowa really lost its opportunity to really make its mark. Candidates are really focused on New Hampshire being the defining moment for their campaign. There were a lot of missed opportunities for candidates here. For this to happen, it looks really bad," explained Dr. Bill Parsons, the Chair for the Department of Political Science and Leadership Studies at St. Ambrose University.

Kelley said she believes the cards are still messed up, because many people lost them or even took them home, making some of the results possibly inaccurate.

We've seen two other times where the caucus results didn't quite come out as planned. In 2012, Republicans named Mitt Romney as the winner only to find later that Rick Santorum won. In 2016, there were several caucuses where a coin flip was done to determine a winner between Hillary Clinton and Bernie Sanders.

Largest gathering of conservatives in the U.S. kicks off Wednesday

Largest gathering of conservatives in the U.S. kicks off Wednesday