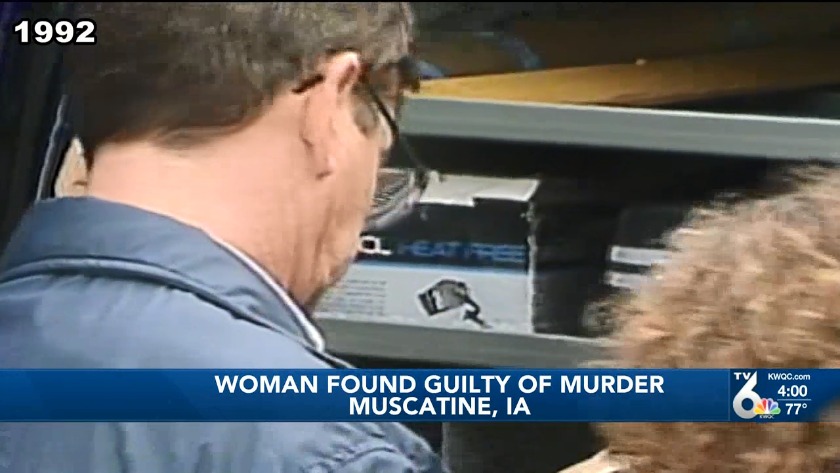 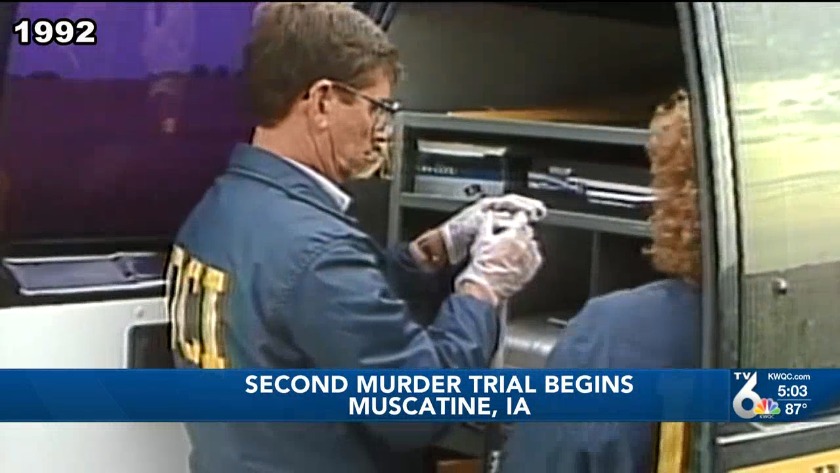 This was in connection with the 1992 death of her former boyfriend, Corey Lee Wieneke. Cahill's first trial ended in a mistrial in March 2019 after the jury was unable to reach a verdict.

Her sentencing date has not officially been announced. TV6 will update this story once that information becomes available.

UPDATE 9/18 (AP): Jury deliberations were expected to resume Wednesday in the eastern Iowa trial of a woman accused of killing of her former boyfriend in 1992.

The case against 56-year-old Annette Cahill was turned over to the jury Tuesday afternoon following closing arguments. Prosecutors say she used a baseball bat to kill 22-year-old Corey Lee Wieneke, whose body was found in October 1992 on his bedroom floor in rural West Liberty.

Cahill's first trial ended in a mistrial in March 2019 when the jury couldn't reach a verdict.

The Muscatine Journal reports that a prosecutor said Tuesday that Cahill killed Wieneke a day after seeing him leave a bar with another woman.

His attorney, Clemens Erdahl, said prosecutors lacked proof against his client, saying, "What evidence is there that Annette struck Corey?"

A witness came forward in 2017, saying Cahill had implicated herself in the death in 1992, prompting authorities to re-examine the case. Cahill is now a mother of three adult children and a grandmother.

ORIGINAL: A second murder trial has begun for a southeast Iowa woman accused of the 1992 killing of her former boyfriend.

The Muscatine Journal reports the trial began Tuesday in Muscatine for 56-year-old Annette Cahill, who was charged in May 2018 with first-degree murder in the beating death of Corey Lee Wieneke.

Wieneke's body was found in October 1992 on his bedroom floor in rural West Liberty.

The first trial ended in a mistrial in March 2019 when the jury couldn't reach a verdict.

Cahill, of Tipton, has pleaded not guilty.

Prosecutors allege Cahill killed Wieneke because of his involvement with another woman.

Decades after the killing, prosecutors charged Cahill in part because a woman came forward to investigators to say that as a 9-year-old, she overheard Cahill confess to the killing.