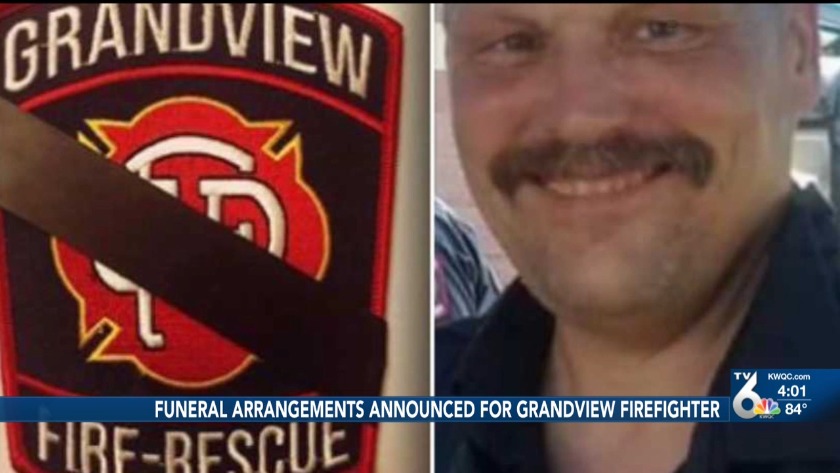 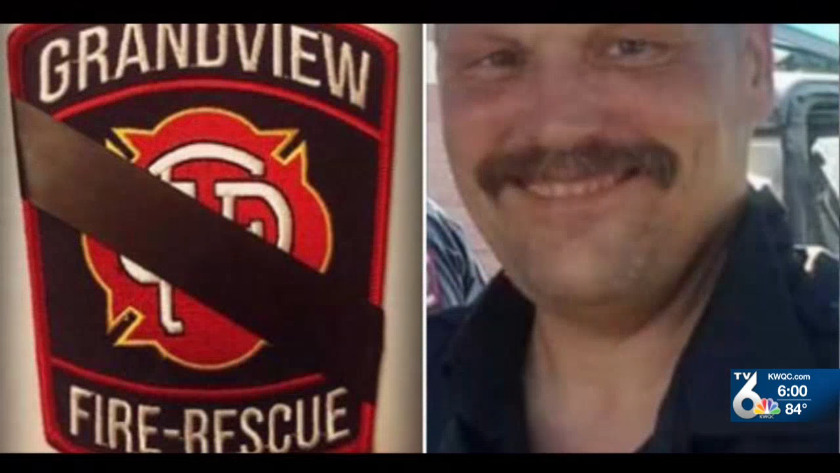 MUSCATINE, Iowa (KWQC) - UPDATE 8/19 7:58 p.m.: Funeral arrangements for a Grandview firefighter who died after a hit and run accident in Muscatine have been announced.

Visitation and funeral services for paramedic and fireman Devin Estabrook have been announced. (Louisa County Ambulance)

According to a Facebook post on the the Louisa County Ambulance page, the arrangements are as follows:

Both services will be held at Ralph J. Wittich-Riley-Freers Funeral Home at 1931 Houser St. in Muscatine. The burial will be at Memorial Cemetery.

A family luncheon will follow at the Rendezvous in Muscatine. All are invited to attend.

ORIGINAL: A man has died after a hit and run accident in Muscatine on Monday.

City officials in Muscatine released the name of the man on Tuesday. He's been identified as 49-year-old Devin Estabrook, of Letts, Iowa.

Officials say just before 5 a.m. on Monday, Estabrook was hit while riding a bike on Highway 61 near the intersection with 41st Street South in Muscatine. During this time, he was hit by a driver in an unknown vehicle. According to officials, the driver did not stop after Estabrook was hit.

The City of Grandview, Iowa's Facebook page posted early Tuesday saying that Estabrook was a firefighter with their department.

Estabrook's family tells TV6 he was also a paramedic for Grandview and also worked the Iowa Speedway as an EMT.

"It is with sincere sadness we say goodbye to one of our own Firefighters," the Facebook post reads. "We send our prayers and condolences to his family, friends, coworkers, and firefighters."

Officials with Muscatine say Estabrook was flown to Peoria where he died of his injuries.

The Iowa State Patrol is handling the investigation and is being assisted by the Muscatine Police Department.

Both agencies are reaching out to the public to help with this investigation. Anyone that has information about the accident or the vehicle that did not stop at the scene, please contact Lt. Anthony Kies of the Muscatine Police Department at 563-263-9922, extension 608. Individuals may also private message the Muscatine Police Department with information using the MPD Facebook page.