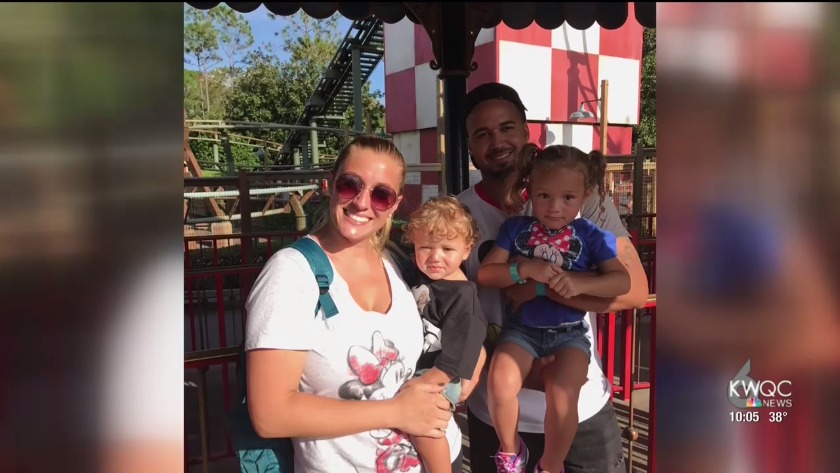 One woman dead after shooting in Galesburg

GALESBURG, Ill. (KWQC) - UPDATE 5/1/2019: Jonathan Kelly was sentenced on Friday, May 10th to 75 years in prison. He was found guilty of murder in the death of a Galesburg mother.

UPDATE 2/25/2019: A jury deliberated about one hour Monday before finding Jonathan Kelly guilty of first degree murder of in the shooting death of Jenni McGruder of Galesburg.

Kelly was also found guilty of aggravated discharge of a firearm.

UPDATE 6/29/18: Jonathan I. Kelly was transferred from Sioux Falls, South Dakota to Galesburg, Illinois by Officers from the Knox County Sheriff’s Office and Galesburg Police Department on Friday, June 29th.

Kelly was taken to the Knox County Jail where he
remains in custody at this time awaiting further court proceedings.

UPDATE 5/27/18: According to a press release from Galesburg Police, Jonathan Kelly was charged with three counts of murder in relation to the shooting death of Jenni McGruder in Galesburg, Illinois.

UPDATE 4/3/18: An arrest warrant has been issued for a man wanted in connection with the fatal shooting in Galesburg over the weekend.

Police have just released that an arrest warrant has been issued for 28-year-old Jonathan Kelly. The warrant is for three counts of Murder in relation to the fatal shooting of 26-year-old Jenni McGruder. Kelly's last known address was in the 110 block of Selden Street in Galesburg.

ORIGINAL: One woman is dead following a shooting overnight in Galesburg. Police responded to Seminary Street Pub on 105 South Seminary Street, just after 1:30 a.m. on Sunday after a report of shots fired.

Officers said they found a woman suffering from a gunshot wound. The victim has been identified as 26-year-old Jenni McGruder. McGruder was pronounced dead at the scene, according to the Knox County Coroner.

Police say a fight broke out inside the bar and carried on outside. McGruder was shot outside of the bar as she was leaving. Police say McGruder was an innocent bystander. Her family and friends say she was out celebrating her twenty-sixth birthday, which had been a few days prior.

Police are continuing to investigate and are asking for witnesses to come forward with any information they may have. A Go Fund me is available here.. The following is the description from the Go Fund Me.

"Jenni was a Wife, Mom, Sister, Aunt, Friend & a Warm smile to everybody she met. Jenni constantly strived to bring people together. She saw your heart and never the wrapper. Jenni drew the best out of everybody and everything. Her mission to improve the lives of her family and everyone around her was tragically cut short. We establish this fund to provide assistance to the health and welfare of Jenni & Michaels 2 beautiful kids. She will forever be remembered and missed."

Galesburg Police are continuing to investigate and do have a person of interest. If you have any information you're asked to call Detective Kevin Legate at (309) 345-3765 or Crime Stoppers at (309) 344-0044.

Why We Need To Be Watching The Tropics