Police name a person of interest in the Trudy Appleby case 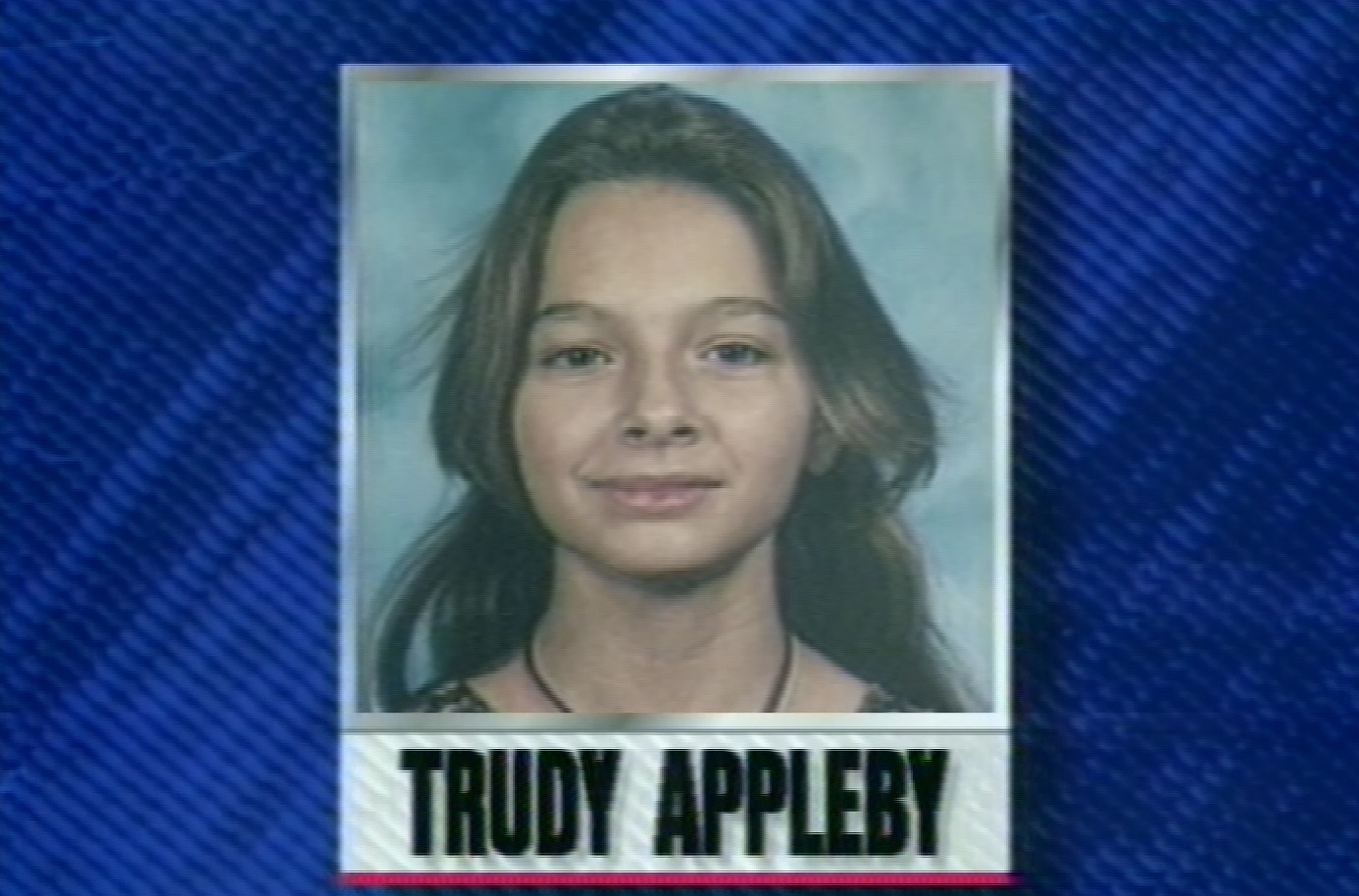 Police have released new information concerning the disappearance of Trudy Appleby. Twenty one years ago, on August 21, 1996, 11-year-old Trudy Appleby was last seen near her residence, getting into the passenger side of an older model, gray colored vehicle with an unknown male.

The Moline Police Department say they were informed that on the days leading up to August 21, 1996, Trudy Appleby requested to go swimming with a friend who lived on Campbell’s Island in East Moline. Trudy’s father did not allow her to go swimming, but phone records show she may have planned to go ahead with her swimming plans.

Police say a witness saw William “Ed” Smith in a similar vehicle near Smith’s residence in East Moline on Campbell’s Island in the late morning hours on August 21, 1996.

According to police, the witness observed a younger female in the passenger seat of that vehicle and believed that person to be Trudy Appleby whom was personally known by the witness. The vehicle passed within a couple feet of the witness, who police tell KWQC is also a person of interest in this case. Appleby’s whereabouts are unknown after the vehicle drove by and no other witnesses have come forward with information on any further sightings.

Police say information obtained from the investigation showed that William “Ed” Smith often traveled to the area of Blackbird Island or Dynamite Island, which are only accessible by boat and are on the northern edge of Campbell’s Island.

The investigation has shown that Smith had access to a vehicle similar to the one that was described as having picked up Trudy on the morning of August 21, 1996. Leads from the investigation show that particular vehicle may have been scrapped within a short time of Trudy’s disappearance. Smith has been named a Person of Interest in the case.

The Moline Police Department is asking the community’s assistance regarding any suspicious activity observed on Campbell’s Island, on the waterways surrounding Campbell’s Island, the boat launch at Empire Park in East Moline and the Mississippi River islands of Black Bird Island and Dynamite Island on or around the date of August 21, 1996.

The Moline Police Department is asking anyone with information regarding those events on that day and the days immediately following to come forward and help bring justice for Trudy Appleby. Please do not assume that we know what you may know and no information is insignificant.

Anyone with information regarding Trudy Appleby and William “Ed” Smith are asked to call the Moline Police Department (309) 524-2140 or Crime Stoppers of the QC 762-9500.

COVID-19: What you need to know regarding new coronavirus
Related Stories