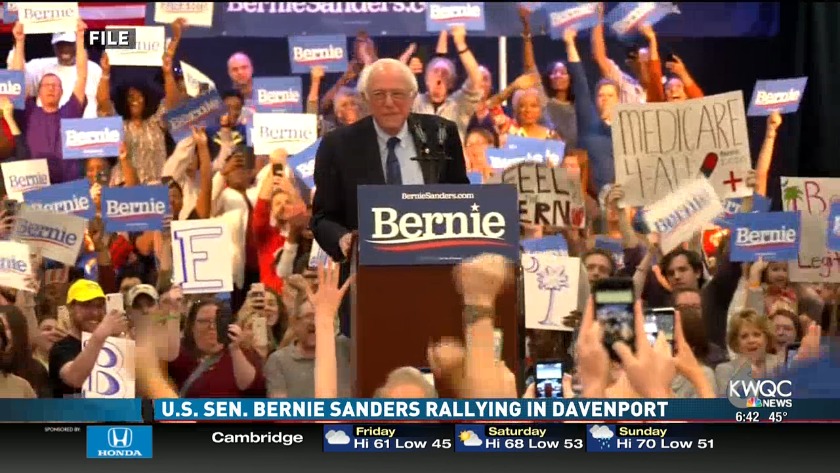 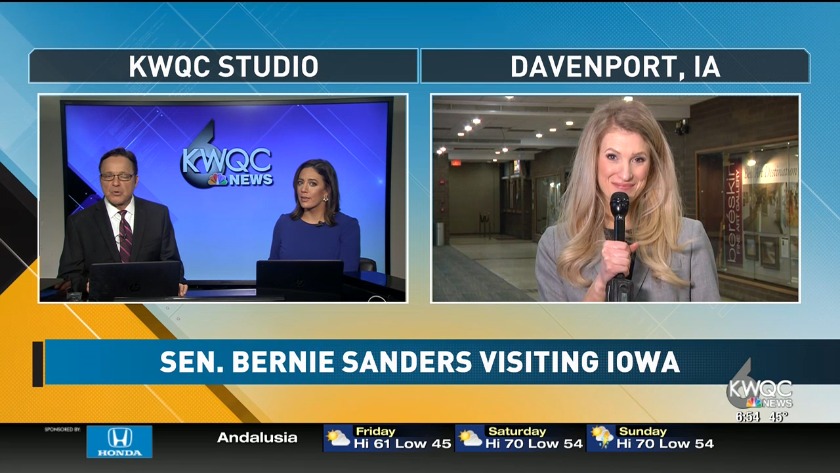 Davenport, Iowa (KWQC) - Presidential hopeful Bernie Sanders is returning to Iowa this weekend and his first stop will be in Davenport. This is one of six stops he will be making this weekend with the rally in Davenport set to be the biggest of all.

We are told his message will be very Iowa specific. This is not a general message that would make sense anywhere- he is here to talk to local Iowans. Some of the topics we can expect to hear about are Medicare and Medicaid, but most specifically agribusiness.

Bernie Sanders will take the stage at the River Center in downtown Davenport, in the Mississippi Hall. Doors open at 5:30 P.M. and the rally begins at 7:00 P.M. The event is free to the public.