Proposed Illinois bill would ban you from pumping your own gas 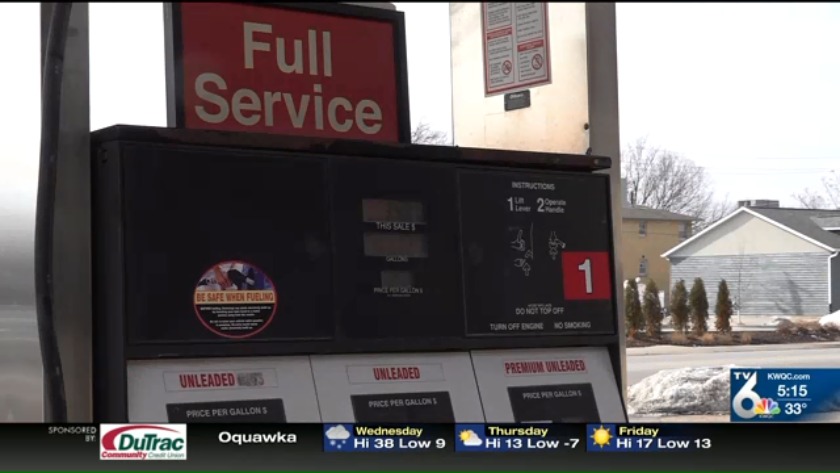 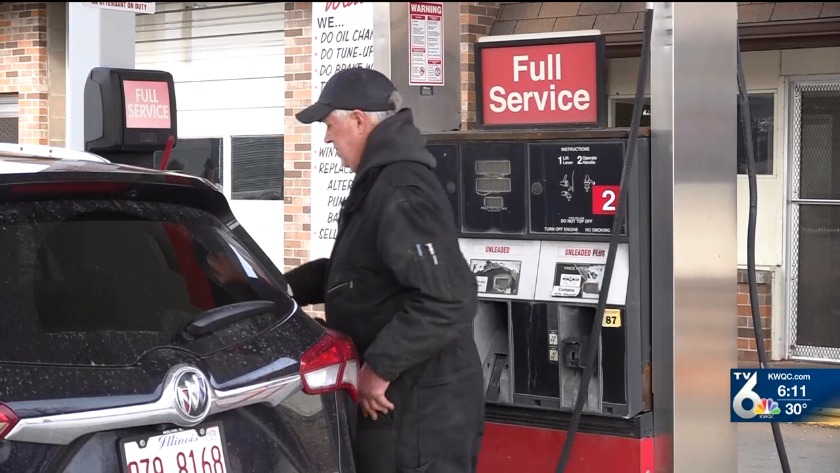 ROCK ISLAND, Ill. (KWQC) - Pumping your own gas would be a thing of the past in Illinois under a bill now being considered by state lawmakers. The bill would ban anyone who's not a gas station attendant from pumping gas.

For over 50 years, Walt's Service has been providing a full-service which includes pumping your gas, wiping your windshield, and checking your tires. Now other gas stations in Illinois may be required to do the same.

Walt's Service is a gas station in Rock Island that already follows these guidelines. The gasoline at Walt's service costs $2.59 per gallon, that includes the manager filling up your tank. If you want the "full service" though, the price goes up 30 cents per gallon to $2.89. For comparison, a gas station in Davenport charged $2.29 per gallon on that same day.

For customers like Mary Ann Krebs, it's "worth it." She's traveled 15 minutes from where she lives to Walt's Service for the past three years because it's the only full-service gas station she knows of in the Quad Cities. "I come here because it's a godsend to have somebody pump your gas when it's hard to breathe in the cold air in the winter or there's humidity in the summertime," said Krebs.

For over 50 years, Walt's Service has been providing a full-service which includes pumping your gas, wiping your windshield, and checking your tires. Now other gas stations in Illinois may be required to do the same. "All I know is I'm trying to run my business the way I run it. I've been doing this since my dad started it in 1962, we've always been a full-service station," said Joe Schaecher who manages Walt's Service.

They also offer a "mini service" which only includes pumping gas. "For the young people it probably doesn't make a whole lot of difference and it's hard, to me it's a good thing," said Krebs.

Some younger customers say they prefer to shop local: " I like to help out small businesses and stuff like that if I can," said Shaddow Abbott, who chose Walt's Service over a chain like Hyvee which is right across the street.

While full-service gas stations may be new for a few customers, it reminds Joe & Mary Ann of year's past. "Back in the day, that's all it was," said Schaecher. Krebs added, "I grew up with that, having somebody pump your gas all the time. And then when you stopped doing that, it was a trip trying to do that, I've never done that before. I learned how to do it, then I had trouble breathing, and I had to revert back to someone who can do it for you."

New Jersey also has a similar law in effect. Safety was one of the primary concerns for the bill. The National Fire Prevention Association reports that in a five-year span, fire departments responded to over 5 thousand gas station fires per year in the United States.

The Illinois bill has not been passed. If it does, the new law would take effect next year.