Protest in Support of Migrant Caravan Held in Rock Island 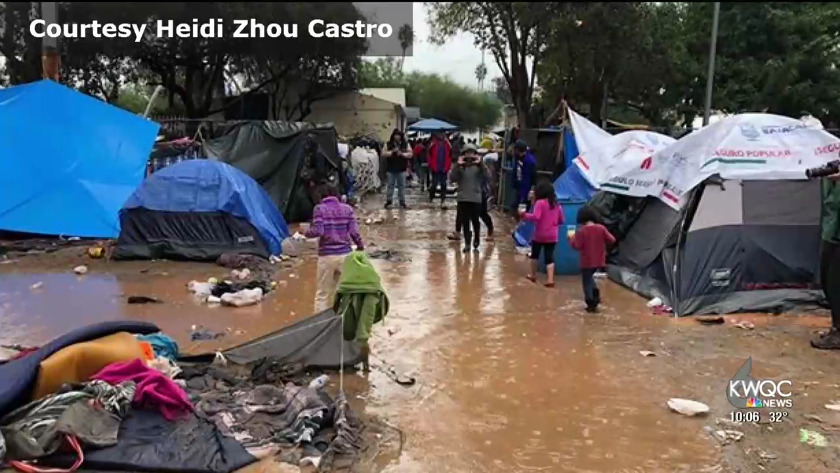 Rock Island, IL (KWQC) - Several organizations in the Quad Cities held a protest in support of Migrant Caravan after photos of families being tear-gassed at the border made headlines.
Quad Cities Interfaith helped organize the demonstration which was held outside of the Rock Island Courthouse on Friday afternoon.
Josie Ironshield of Sage Sisters of Solidarity told TV-6 news that those images portrayed "a poor way for America to show who we are as people of the United States. Being Native American, I just feel everyone is here everyone is welcome.
Pat Welch of Quad Cities Interfaith says it was important for people of diverse backgrounds to show up.
"We are a nation of diverse people, we are all immigrants. Success would ultimately be to enact comprehensive immigration reform," says Welch.