HESCO Group in town, investigating "exactly what has happened" 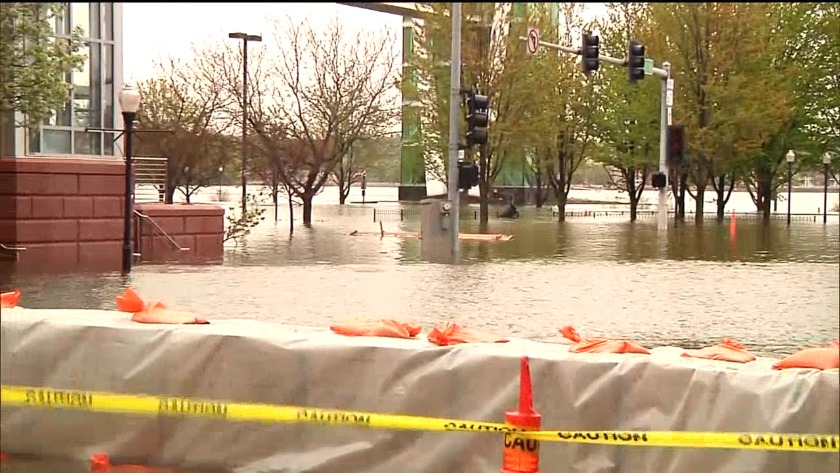 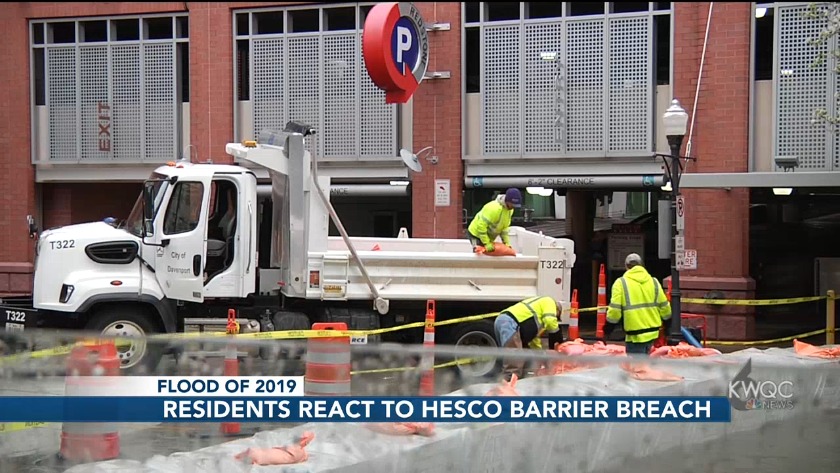 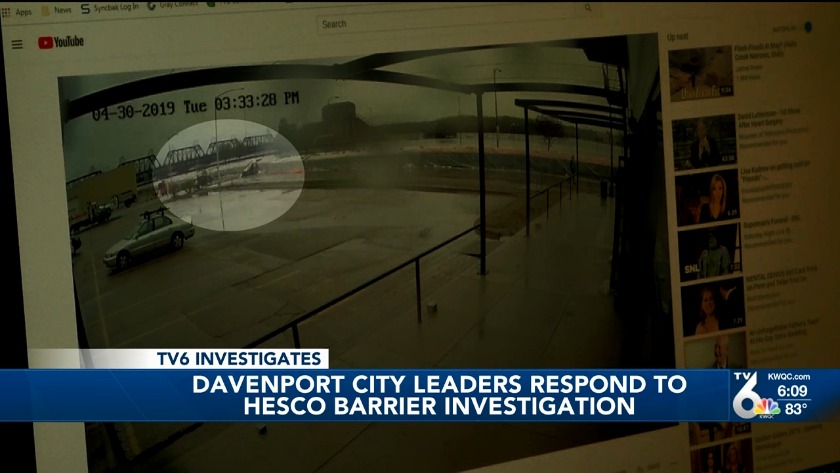 DAVENPORT, Iowa (KWQC) - UPDATE 5/2: Representatives with the HESCO Group are in Davenport looking into what caused the barrier to fail.

The company tells TV6 they're hoping to find out what gave way on the barrier, telling us in part "Our team are on the ground and we will know more soon."

KWQC's Chris Carter will have the full story Thursday night on your news at 6 p.m.

UPDATE 6:32 p.m.: City officials with Emergency Management in Scott County say residents in downtown Davenport are being evacuated due to flooding.

"If you are in need of assistance in leaving the area please call 911," the release said. "Dispatchers are arranging emergency transportation as well as assisting with relocation efforts in partnership with Red Cross."

"Flooding will likely worsen tomorrow so please remain vigilant," the governor tweeted. "Follow directions from local officials and law enforcement, and be prepared to evacuate if necessary. Our office and the @IowaHSEMD will provide more information as it becomes available."

We are in contact with @IowaHSEMD, @iowadot, and local officials on the ground concerning the severe flooding in Davenport and working to make any necessary resources available. (1/3)

Iowa Congressman Dave Loebsack said for those affected, Lincoln School in Davenport is being opened up as a shelter.

UPDATE: Officials with the city of Davenport say the HESCO barrier has failed on River Drive at Pershing Avenue.

More from the city is below.

"The area of Pershing, Iowa Street and 2nd Street is underwater.

Staff from Public Works, Fire, Police and Emergency Management is on the scene. Individuals impacted by the breach are being assisted with exiting the area.

ORIGINAL: Public Works officials tell TV6 that people are on their roofs following a barrier being broken.

Officials say pressure from the river busted down the barriers, leaving people on roofs. Multiple crews are out rescuing people who are trapped and the city is looking at evacuations of downtown area.