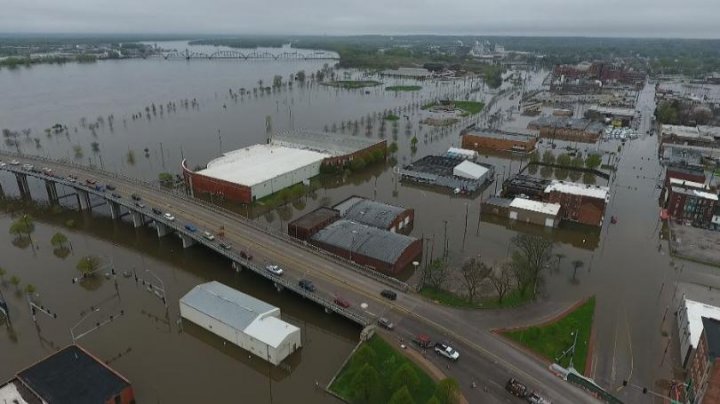 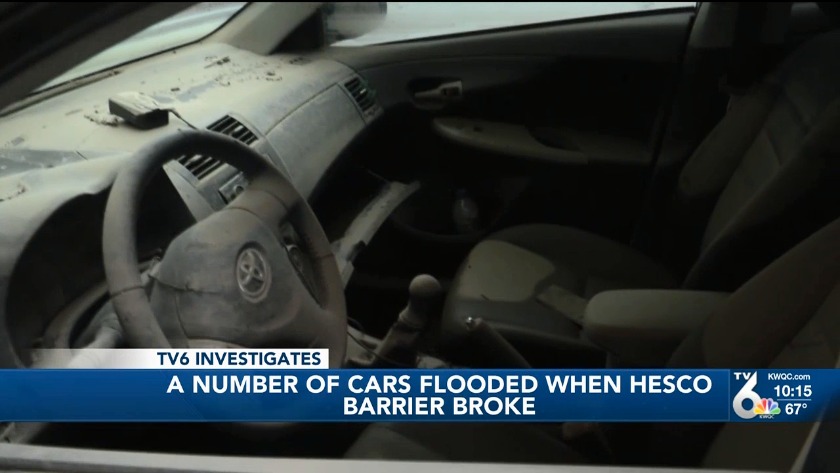 DAVENPORT, Iowa (KWQC) - Newly obtained emails found the City of Davenport detailed some concerns more than a day before the failure, but some businesses say they were not notified until the last minute.

A timeline of the events that led up to the barrier breach and what happened following the breach. To view this image fully please click this link.

"It is frustrating,” Chris Torres, owner of Ruby’s Beer, Bikes and Brats, said. “It is very hurtful."

Immediately following the failure of the barrier on April 30, 2019, TV6 received several inquiries from viewers, many claiming the city had knowledge of a possible breach before it happened and did not inform the public. With this information, TV6 sent a public records request to the city asking for specific documents related to the barrier, the failure and the city’s response to the flooding. TV6 has detailed exactly what it requested at the bottom of this article.

The first sign of concern TV6 found was communicated by the performing arts supervisor, a position within Davenport Parks and Recreation Department. The email was sent at 1:20 p.m., the day before the barrier broke and came after a request from Public Works asking for help with sandbagging. The subject line of the email was “FLOOD EMERGENCY”. In the body of the email, the supervisor writes “floor [sic] waters are rising more rapidly than predicted and the Hesco barrier walls downtown are subject to waters overflowing them.”

During a news conference the next morning, 5.5 hours before the barrier failed, the city did not use the words “flood emergency” when discussing the situation but did address how they were handling the rising Mississippi River.

"We have never had them up for this length of time but we are adding sandbags in behind them to reinforce them so we are beefing it up in addition to adding to the top,” Public Works Director Nicole Gleason said.

Less than four hours after that statement from Gleason, the Emergency Planner from the Scott County Emergency Management Agency sent an email a 1:27 p.m., 2 hours before the barrier broke. The email was sent to city staff, including the police chief and members of the fire department saying trained weather spotters reported: “the heski (sic) barriers on the SE side of Davenport appear that they will be breach/fail shortly.” The email goes on to say that the barrier had not been breached yet and said no action was needed.

The email was sent at about the same time that the city said businesses were being alerted about a possible breach but, according to many of the businesses TV6 spoke to, no one said the breach would "fail shortly." City staff said crews began going around about noon alerting businesses, but not every business said they were notified. Torres, with Ruby’s Beer, Bikes and Brats, said they were never warned, but instead evacuated after noticing the railroad packing up a day before the failure.

"Had we been close to the river there was a chance that people could have got hurt and knowing that there were 24 hours ahead from the other email, there was a lot that could have been done,” Torres said.

At 2:57, and about 90 minutes after the email from the Emergency Agency, Communications and Preparedness Director Robbin Dunn sent Gleason an email saying in part "public works staff continues to monitor the integrity of flood protection along the riverfront” but never addressed the email citing an imminent breach.

"The flood wall along River Dr. between Perry and Bechtel Park is showing some signs of fatigue,” the email said. “Affected property owners and tenants have been notified".

"It sounds like to me that there was not enough communication between everybody in the know about what was about to happen,” Tim Baldwin said. Baldwin is the owner of Front Street Brewery. "It is one thing to have the firemen going door to door several hours before the breach, but make us make that decision if they have the information 26 hours in advance so that we can make preparations."

Baldwin’s business was one of the first to flood when a temporary Hesco barrier holding back the Mississippi River gave way.

In an email to Spiegel on July 9, 2019, TV6 made its first request for an on-camera interview with Speigel. Speigel ultimately agreed to do an interview if TV6 would provide questions ahead of time. TV6 did not agree to providing questions ahead of time and instead offered to provide Spiegel with a set time to review the public records request before an interview. TV6 attempted to reach Speigel again prior to this story. Our most recent requests have gone unanswered.

WHAT TV6 REQUESTED IN ITS OPEN RECORDS REQUEST:

In the public records request dated May 1, 2019, TV6 requested the following information:

After consulting with the city, the city said there were no phone records or text messages from Public Works Director Nicole Gleason, and TV6 narrowed the request to the two weeks before the barrier break and received 106 emails.

View the emails: If you wish to view the emails that TV6 obtained regarding the barrier before, after and during the breach you can do so below or by clicking on the "Related Documents" on the right-hand side. App users - you can find those emails.

App users: If you are viewing this on your TV6 News App, please click this link to view the PDF.

COVID-19: What you need to know regarding new coronavirus
Related Documents
Related Stories