Reports of lung disease linked to vaping in 16 states, including Iowa and Illinois 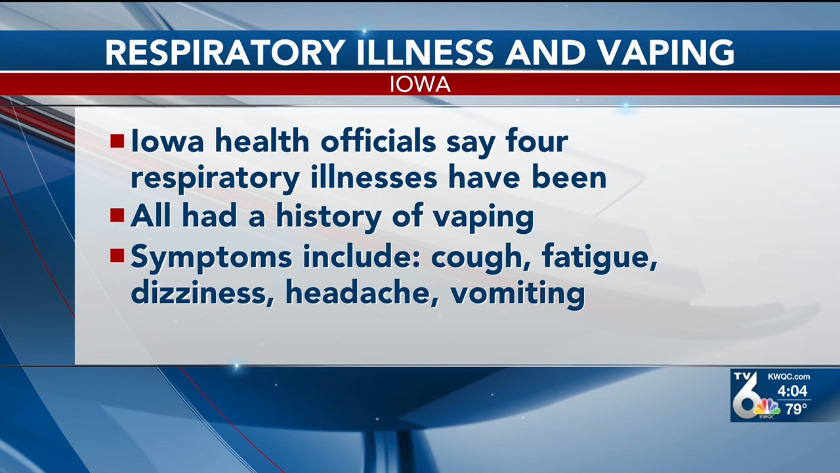 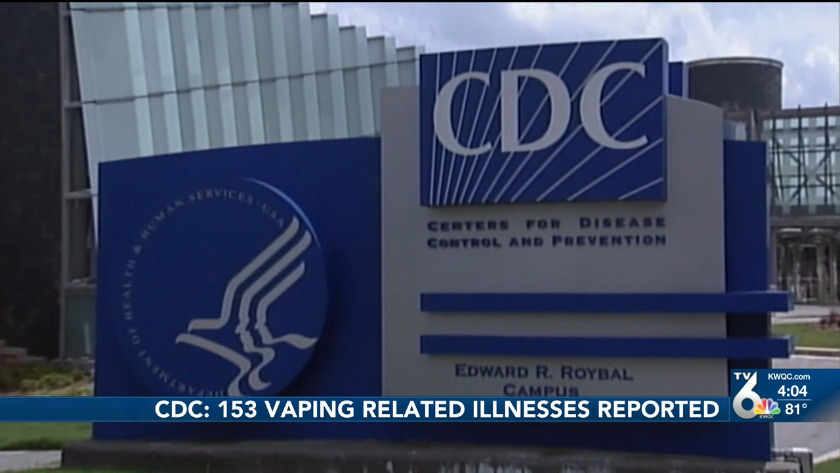 Reports of lung disease linked to vaping in 16 states

According to the CDC, there are 153 possible cases reported in 16 states, including Illinois and Iowa.

In Illinois, public health officials have received reports of six young people experiencing breathing problems after vaping, and they're investigating five other reports.

In Iowa, public health officials have reported four cases of respiratory illness in young adults with a history of vaping. They say the patients are young adults in their early to mid-20s from across Iowa who reported vaping prior to becoming ill. Three patients reported using of vaping products that contain THC.

No deaths have been reported nationwide, but some patients have required ongoing mechanical breathing assistance.

The illness initially looks like a bad respiratory infection but does not get better with the normal treatment. Reported symptoms include cough, fatigue, dizziness, headache, vomiting and diarrhea, chest pain and worsening difficulty breathing, sometimes requiring intensive care.

No cause has been identified, but all of the patients reported using vaping products containing either nicotine or THC.