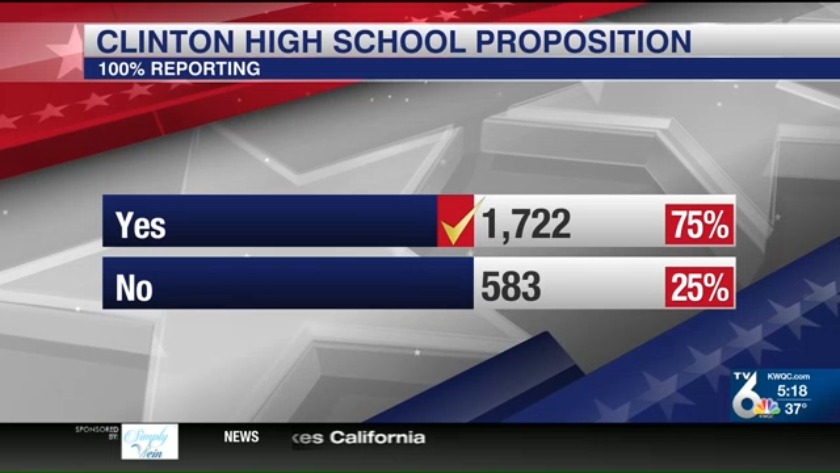 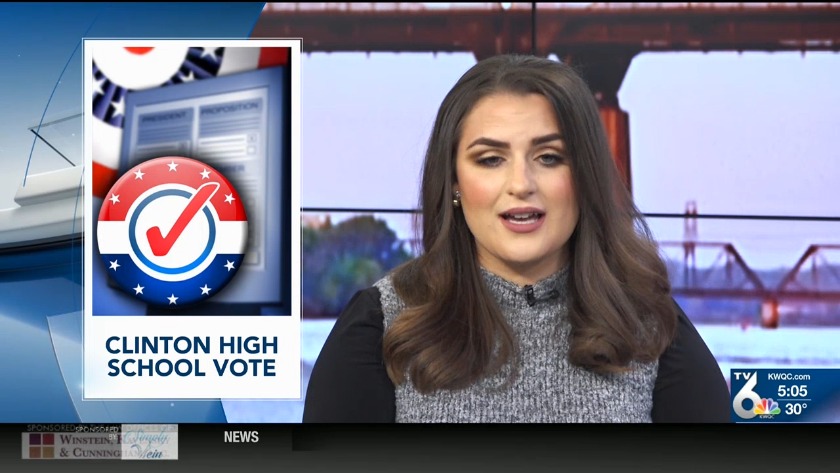 Nearly 75 percent voted in favor of issuing nearly $39 million in bonds to demolish some parts of the high school and build a new one on the same site, according to unofficial results.

The measure needed 60 percent to pass.

ORIGINAL: Voters in the Clinton Community School District will vote Tuesday, March 3, on a $38.89 million bond issue for a new high school.

The measure, if passed, will fund a phased demolition of portions of the existing high school building and construct, furnish and equip a new building on the same site.

The funds also will be used to improve, renovate, remodel, furnish and equip the Yourd Gym area, including mechanical and electrical systems, and improve the site.

The current proposal is estimated to cost $62 million. More than a third of the cost will be financed by the one-cent sales tax and other revenue sources, according to officials.

The measure must pass by a supermajority vote of 60 percent.