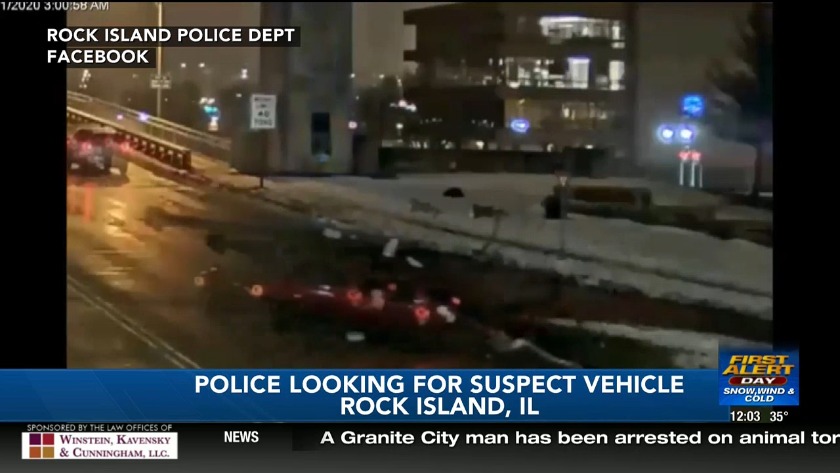 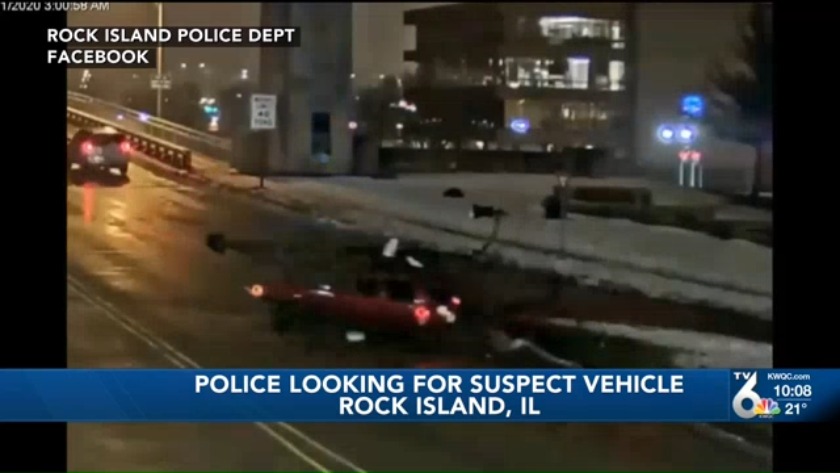 ROCK ISLAND, Ill. (KWQC) - Rock Island police have identified the driver that they say took out a light pole in a hit-and-run over the weekend.

Rock Island police have identified the driver that they say took out a light pole in a hit-and-run over the weekend. (Rock Island Police Department)

Police say at 3:00 a.m. on Saturday, officers responded to the base of the Stanley Talbot Memorial Bridge for a hit-and-run crash. The crash damaged a light pole and camera equipment worth nearly $20,000.

Early Wednesday morning, police announced they had identified the driver and the driver had turned himself into the police.

Police had described the suspect vehicle as a "reddish colored SUV, possibly a 2000's style Jeep Cherokee." It has over-sized tires and a roof rack that appears to contain a spare tire.

Police say after striking the light pole, the driver then sped across the bridge and was last seen heading into Davenport.

Based on footage captured by cameras in Davenport, it appears the suspect vehicle suffered damage to the front hood, and possibly the windshield and roof.