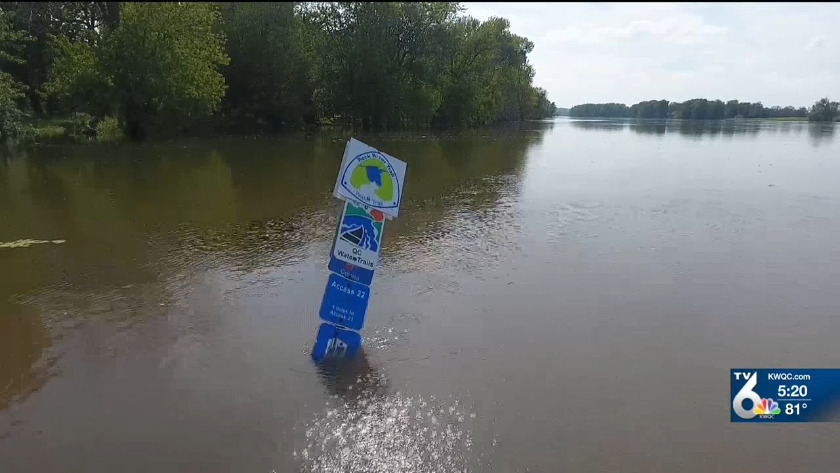 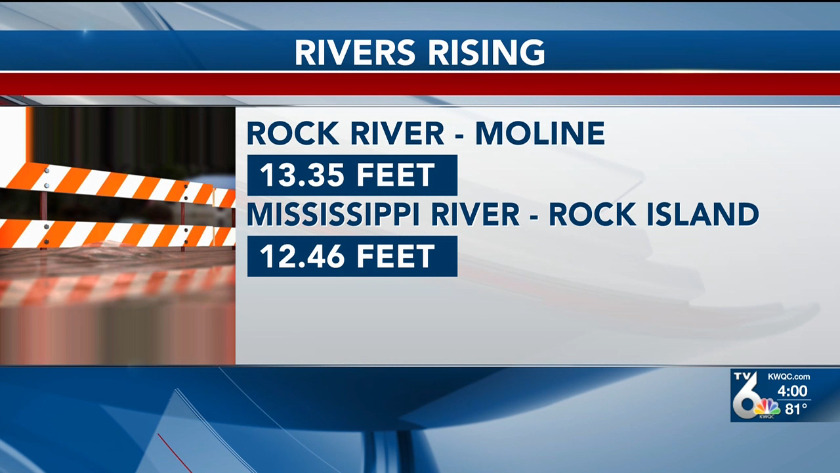 MOLINE, Ill. (KWQC) - Weekend rain, especially in Northern Illinois, is sending some area rivers on the rise. The Rock River in Moline is above flood stage at over 12.6 feet Monday, Sept. 16, 2019. It is projected to crest over 13 feet on Tuesday evening.

The City of Rock Island says the strong current broke the boat barrier buoys which warn boaters of the Steel Dam. Without the markers, the city says the dam is hard to see and boaters should not venture west of Ben Williamson Park.

The Mississippi River also rose significantly since Friday, but is projected to remain below flood stage with a crest of 12.9 feet later this week.