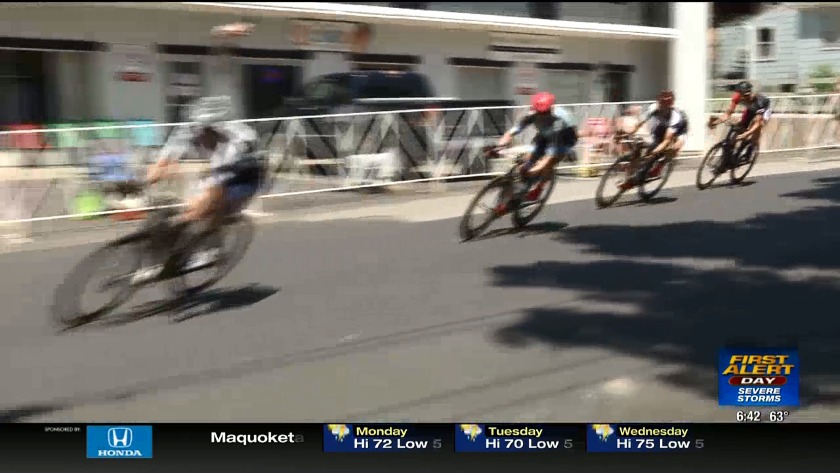 Koehler Electric Kids Race kicks it up a notch 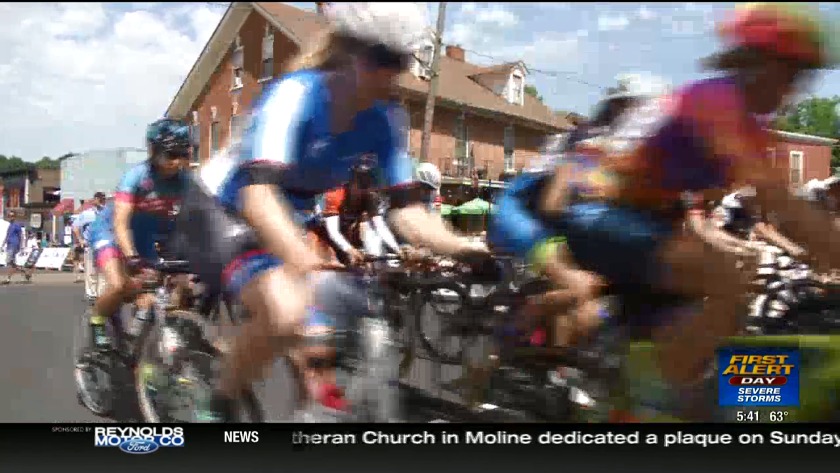 Davenport, IA. (KWQC) - Around 500 cyclists are taking over the Village of East Davenport Memorial Day for a Quad Cities tradition. The Kwik Star Criterium was originally run as the Moline Criterium in 1965 and has evolved over the years, bringing us to where we are today. The Criterium now serves as the crescendo to two other races in the area, following Snake Alley in Burlington and Melon City in Muscatine.

This will be the 54th annual event and while typically very traditional, they’ve made some recent changes. For the 2nd year, The Criterium is awarding equal cash prizes to Women’s and Men’s Pro racers. Tom Schuler, Kwik Star Criterium Race Director believes this had contributed to a good turnout for women entries this year. He says, “Something that's new.... We have equal prize money for pro men and pro women. That is something that is forward speaking so-to-speak.”

With bounce houses, BBQs, neighborhood parties and outside vendors, the event has become a family-friendly Memorial Day tradition in the QCA. All the bars and restaurants within the Village take part and for many of these businesses, it’s one of their biggest days of year, which illustrates the economic impact the event has on our community. Schuler says, “It kind of feels like you've just thrown a party for friends and family and it was a big success. Hopefully everything goes smooth. At the end of the day it kind of feels like you've just had a great block party and there's a lot of satisfaction in that.”

Additionally, a contribution will be made to a Veterans organization, and while this has been going on for the past 5 years, it has also become tradition. This year they will be presenting it to the DAV, Disabled American Veterans, just before the men’s race takes off. John Harrington, Quad Cities Bicycle Club Member & Volunteer for Kwik Star Criterium says, “We'll have several DAV people here on hand to receive the check. I think the best part is when they actually speak. They'll say a few words to the men before they actually take off.”

For the kids participating in the event, the Koehler Electric Kids’ Race is more challenging than ever before. Open to kids 3 to 9, the race will be on the actual Kwik Star Criterium course, with an even longer race this year for the 9-year-olds. Admission is free and each rider gets a River Bandits baseball ticket, an ice cream from Lagomarcino’s and a medal and their race kicks off at 3:15 p.m. For Harrington, watching the kids compete is his favorite part of the event, “The kids just are thrilled. They are all competitive.... they all want to win. It's really the parents, the grandparents, the aunts and uncles. Lots of people taking pictures, cheering on their kids. It's a great event.”

About 150 volunteers, many of who come from the Quad Cities Bicycle Club, make this event happen along with all the sponsors. The race will go from 9:00 a.m. to 5:00 p.m. this evening, rain or shine.

Therapy dog takes to the treadmill after too many treats

Nature's Treatment in Galesburg hopes to open by April

Therapy dog takes to the treadmill after too many treats

Nature's Treatment in Galesburg hopes to open by April