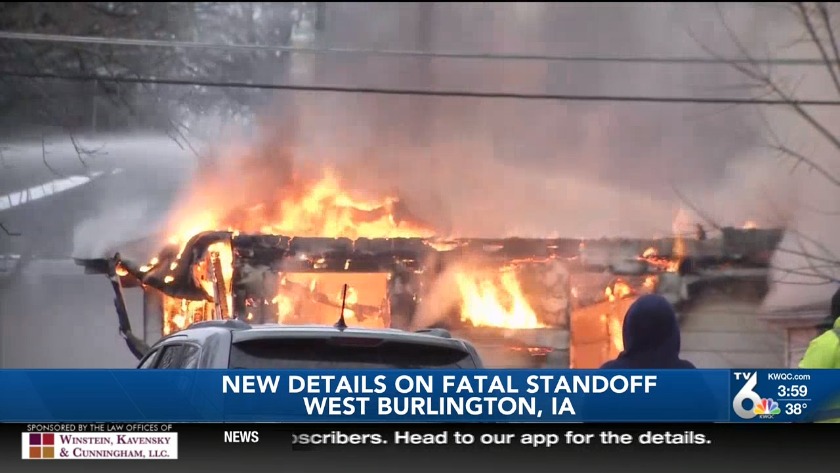 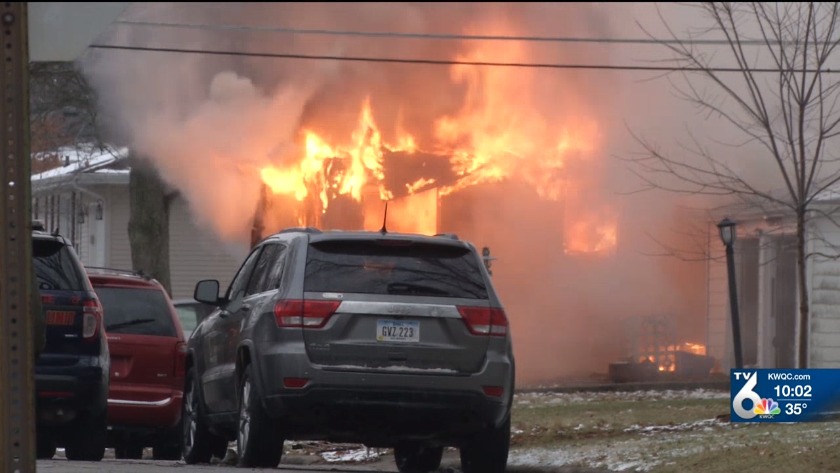 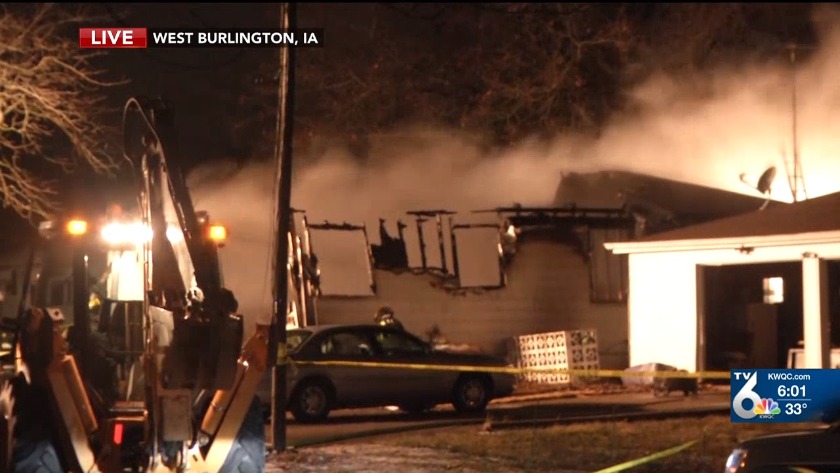 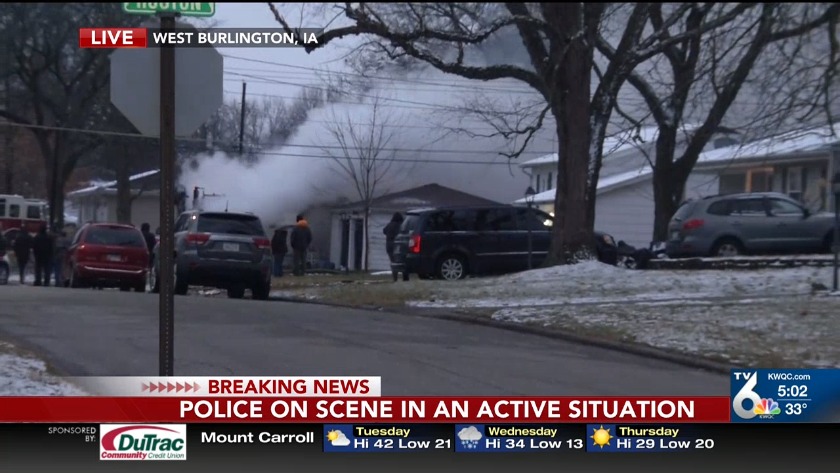 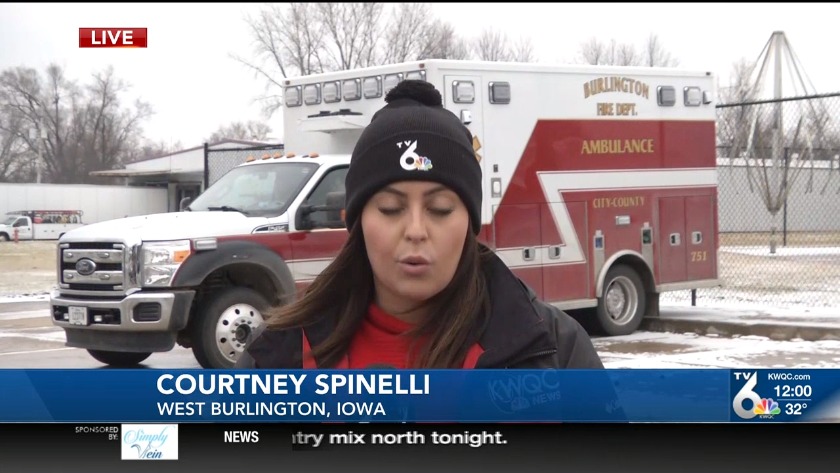 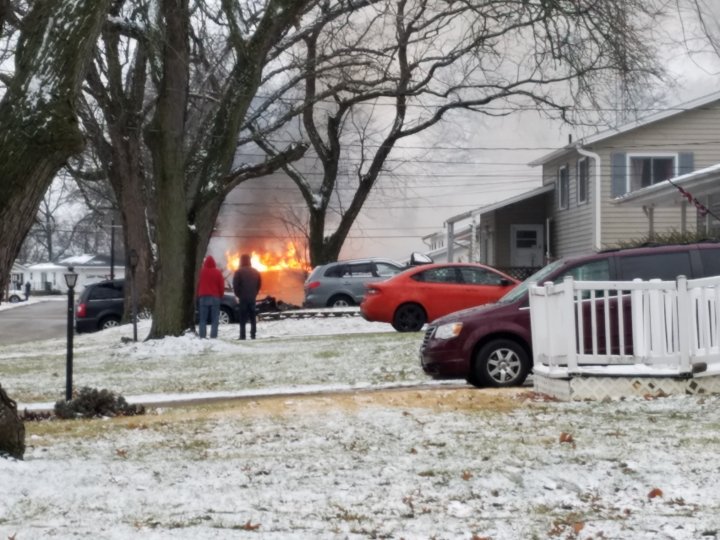 WEST BURLINGTON, Iowa (KWQC) - The West Burlington Fire Department has confirmed the suspect who barricaded himself inside his home for hours is dead.

The police chief confirmed with TV6 Tuesday afternoon that 62-year-old Michael Kartel died in the fire and has been identified as the suspect in yesterday's incident.

After nearly 12 hours of negotiating with a man at a home on East Pennington St., the suspect began firing at officers and a short while later, set his house on fire.

Police said it began Monday morning around 2:30 a.m. when officers were dispatched to a welfare check in regard to an assault.

West Burlington Police Chief Jesse Logan explains, “We received a call on the other side of town that there was a subject at her residence with a weapon at that time and we found him back at his house."

When officers arrived at the home on the 400 block of East Pennington Street, the suspect showed what police described as a shotgun while inside the home.

Police said they set up a perimeter and called for additional support from area agencies.

According to police, while officers were waiting for more resources, the suspect discharged his gun multiple times inside the home. According West Burlington Fire Chief Shaun Ryan, the man said he would shoot anyone if he had the chance.

"There was no immediate threat to anybody in his neighborhood at that time," Logan said.

Neighbors were notified and a several-block radius was locked down by police. Residents were notified by phone and officers knocking on doors of the situation.

Casey Andrews, who lives just a few doors from the suspect, tells TV6, "We were kind of escorted back and forth to a safe area by the police department. They're keeping the area clear."

Negotiations were ongoing for most of the day until around 2 p.m. when officials decided to move towards the home.

"It was decided through command staff that we would proceed into the residence and try to go inside and take him in custody," Logan said.

Logan said, "We started receiving shotgun fire towards our units and personnel staged at different locations around the neighborhood."

Officers backed off and other attempts to reach the home were also met with gunfire, according to police.

Police did not return gunfire, only firing tear gas into the home in an attempt to bring the suspect out.

"The only fire that we had was with the tear gas that we fired into the residence," Logan said.

The suspect, police said, then lit his house on fire. Officials say the man was trying to lure authorities in by setting several fires, and eventually, it got to the point where he didn't put the fire out.

TV6 News crews observed as smoke began to show from the home, and turn to flames, quickly engulfing the entire home.

Fire crews with West Burlington Fire and Rescue were assisted by Burlington, Danville, and New London Fire Dept. and worked to put the fire out.

No injuries to first responders were reported in the incident.

An independent investigation is being conducted by the Iowa State Fire Marshal’s Office, along with the Iowa Division of Criminal Investigation.

A statement from the West Burlington Fire Department to TV6 regarding the status of the suspect reads:
"The suspect involved in the police standoff that started at 2:30 am and ended with the house burning has perished. His body was recovered by members of the Iowa Fire Marshall’s Office, myself and West Burlington Police Chief Jesse Logan. It’s a sad and unfortunate ending to the situation. We wished it could have turned out differently however decisions were made based on the actions of this individual."

Authorities found the suspect's body around 8 p.m. and were on scene until around 10:45 p.m.

West Burlington Fire Chief Ryan says the primary origin of the main fire was in the kitchen area. The cost estimate of the damage to the house is unclear at this time.

When asked how he was doing, Chief Ryan said he was "tired."

"It's a toll on you mentally. You ask yourself if you made the right decision or not. Ultimately, the decision I made was (for) the protection of my guys," Chief Ryan said.

On Tuesday, West Burlington Mayor Hans Trousil released a statement, thanking the community and first responders for their work in the incident.