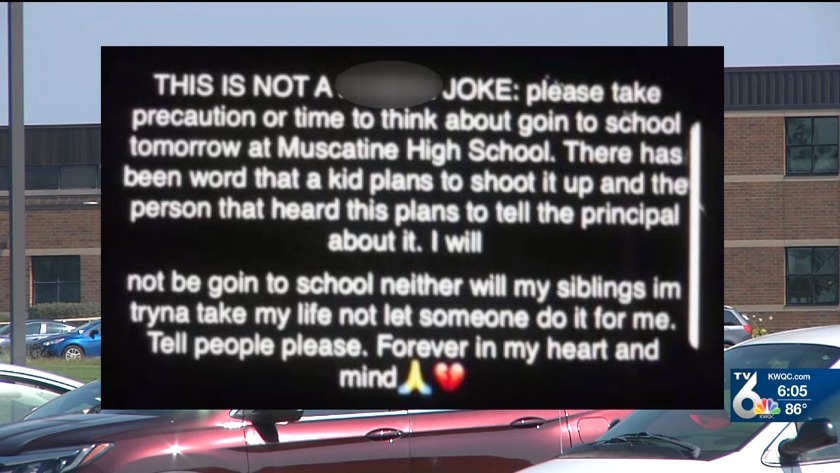 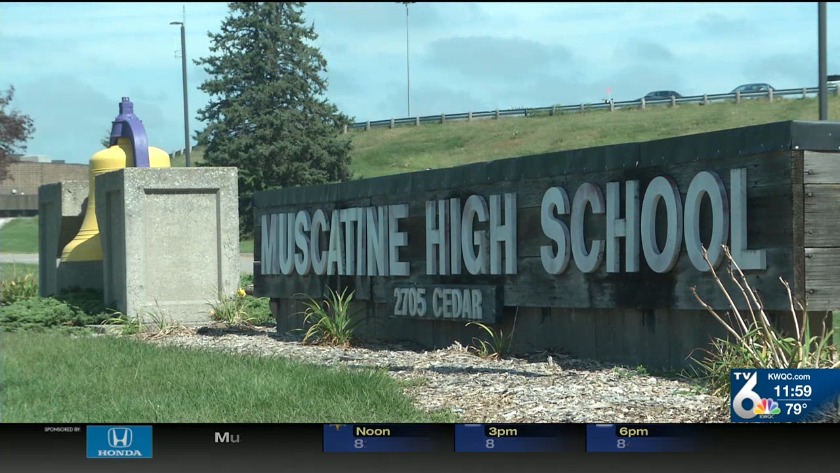 Two students have been removed from Muscatine High School after making a hoax threat. (KWQC)

TV6 received multiple reports Wednesday morning from concerns parents saying the school was surrounded by police after a threat was made towards the school. When TV6 reached out to police we were told there was no threat and that police did not have the school surrounded.

"Our utmost priority is to make certain we provide students a safe learning environment and to that end," school officials said. "We will do whatever is necessary to ensure that happens."